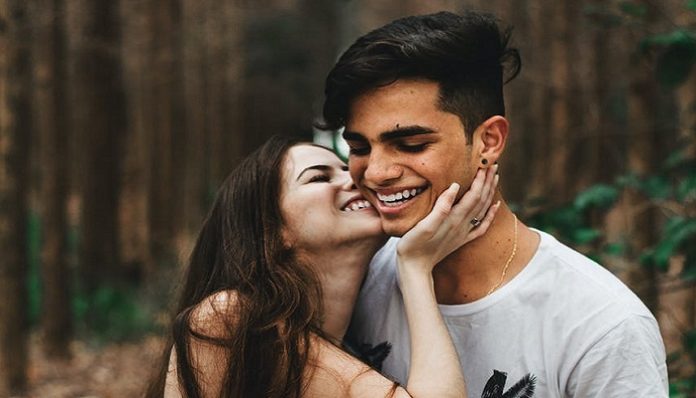 For a long time, my milkshake didn’t bring any boys to my yard.

When I say a long time, I mean that I didn’t become romantically involved until college. When most of my friends fell into relationships, I sort of just wondered what it would be like. It was a little weird when we were all together because I couldn’t relate to the sleepover gossip they had about their boyfriends. I’ll admit, it made me feel lonely sometimes.

Though it sucked back then, I’m happy I started dating when I did because emotionally, it was simply the right time for me. I will be the first to admit that I’m a child at heart, so it took a while for me to come to terms with the idea that someone could “like me like me.” You can probably imagine the struggle I had believing that someone wanted me physically.

After all the hoopla of first dates, first kisses, first times, first breakups, and those awful fade to black relationships (you know, the ones that end because you just lost interest in one another), I should feel prepared to get my flirt on and woo the pants off any prime male specimen.

You’d think that would be the case, right? Well, it’s not.

As a 24-year old woman, every time I approach a man, I have flashbacks to my first excursion into the dreaded ‘7 Minutes In Heaven’ closet and how I awkwardly hid behind some winter coats when he tried to kiss me. The reality is that I’m not an expert on men. 80% of the time I have no idea what I’m doing, and some guys seem to find my awkwardness cute.

No, I don’t understand it, but I’ve stopped trying to make sense of it and just decided to go along with it. I gotta say, so far it’s working for me. You may not have dated loads of people, you probably have no game (I know I don’t), and, you’re probably super self-conscious about the fact that you don’t have the relationship experience *required for your age bracket.

But I’m here to tell you that all of that is complete bullsh*t.

Boys respond to confidence, not your ‘past relationship’ history. If you want a man, you need to fully believe that you are the best damn thing on this Earth since Chipotle. Everyone has different levels of experience, so you shouldn’t feel less attractive because you’ve only dated one person instead of ten. You dated when you felt ready to date. Own it. Don’t shy away from it. And if he’s the type of douchewaffle to judge you because you haven’t dated a lot in the past, then you need to cast that fish back into the sea.

Be honest with yourself about it. If you feel inexperienced while dating someone new, then face that fact. The worst thing you can do when feeling insecure is to keep it bottled up. That’s almost as bad as dropping a Mentos into a can of coke. It’ll explode soon enough and it won’t be pretty. Talk to him about it. Find out what his expectations are and figure out what yours are as well. You won’t gain experience unless you actively date someone, but your inexperience shouldn’t cut you off at the knees before you even get out of the gate.

The beginning of every relationship is hella awkward. Let’s just get something straight here. The first three dates you go on with someone are always going to be slightly uncomfortable. 50% of you is incredibly attracted to this person and you really, really want to make them like you, so you’re going to be kinda formal and weirdly tense for the first hour of the date. If you’re lucky, you’ll relax about halfway through and then the going gets good. Secondly, 25% of you is assessing this person. You are more paranoid of red flags than an Olympic soccer team during the semifinals.

You’re basically trying to determine whether this guy will be a great boyfriend or another Ted Bundy.

Thirdly, 15% of you is worried if you’ll go dutch on this date or not. You know your bank account balance and if he orders another glass of wine, it’s gonna push your limits. And lastly, 10% of you is trying really hard to stop thinking about sexy-times with your date, but it’s really not working. So yes, dating is awkward but your inexperience probably doesn’t have as much impact as you think it does.

If he didn’t like you, he wouldn’t have asked you out. There is something about you that he was attracted to. The relationship talk is inevitable, but stop worrying about that hurdle and enjoy the fact that a man you like asked you to dinner. Inexperienced or not, you’re amazing and obviously he took notice.

I don’t think you ever completely feel experienced with boys. The dating scene evolves so often that everyone has to reevaluate their game plan on a regular basis. Don’t let nerves hold you back from an incredible adventure. There’s a first time for everything, and you can only get better from that starting point.

The Top 5 Things Millennials Want Out Of A Job