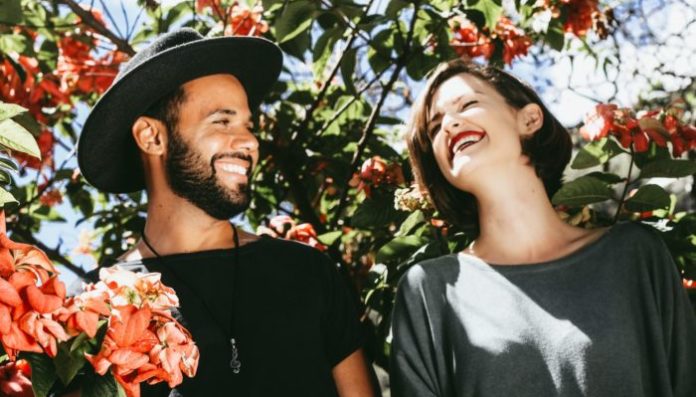 Wouldn’t it be nice to own a crystal ball to see what really goes through a man’s mind? I, for one, would love that, but that would just be too easy. Men are complicated as well.

What do men really want in a woman? That is the question.

And I’m talking about real men – mature and grounded on a physical, mental, emotional, and spiritual level.

I figured I should hear the answer from men themselves, so I asked 10 of them for the qualities they look for in a woman. I’ve collected the most common responses, I’ve received when asking this very question.

1. She takes care of her physical appearance.

Men are visual creatures, so if they like what they see, they will pursue you. But every man has his own personal tastes when it comes to attraction. The ones I talked to in no way suggested that a woman must fit a certain image with the perfect hourglass figure or be ridiculously gorgeous in order to be considered ‘wife material.’ They want a woman who takes care of herself, meaning that she takes care of her appearance, doesn’t neglect herself, dresses well, takes care of her body, and builds up her own self-esteem. And definitely visits the dentist in South Barrington too! No man would appreciate a lady with bad teeth and bad gums.

They do not want to be with a woman who is too dry, boring, and stiff.  Rather, they want to feel comfortable being their playful selves and being able to joke around with her.  Being with someone with a sense of humor makes the time you spend with them enjoyable and laughing together never gets old. A man wants a woman who laughs at his jokes and likes to joke around as well.

Men are attracted to women who have their own interests, lives, and friends. They do not want to be with a woman who constantly feels like her life revolves around him, wants to be with him all the time, and doesn’t give him room to breathe. Any woman who tries to take away his freedom will certainly not be the type of woman he wants to be with. Real men want a woman who inspires them because she can build her own life. They want a woman who has her own purpose, not just being in a relationship.

They want a “lady on the streets but a freak in the sheets.” This is true. Men want an ideal sex partner who is willing to do and try new things. Men appreciate women who tell them what they want in bed. That’s enough to get any man excited if he knows he has a woman who truly enjoys sex, especially with him! Knowing your way around the bedroom is key to having the best love life possible.

Men want to feel like the winners of the world, therefore they want a woman who’s  ambitious with her own goals. They want a mature woman to take on the world with – a partner in crime and a teammate in the relationship in life. A woman who knows what she wants and achieves that with her own bare hands is very attractive to men.

You can’t expect men to know what you want or know exactly what you are thinking. Men need direct and simple communication. This way, you’ll get what you want faster than beating around the bush. A man likes it when a woman tells him what she wants and how he can best deliver it. His goal is to make her happy and when he has the information on how to accomplish that, he feels more confident that he can do it.

All men ultimately want a woman who makes them feel good. They gravitate towards the positive and run away from negative energy. In dating, nobody likes toxic or cynical people. Men want to spend time with someone who is fun and exciting to be around. Therefore, a woman’s vibe is extremely important. When your vibe is good, it feels good to be around you. When your vibe is negative, it doesn’t. Plain and simple.

8. She has a strong mentality.

Women’s looks are what initially draws men to them, but it is impossible to build a real connection or a lasting relationship with someone based on that alone. Being intellectually stimulated and having the ability to hold real discussions about meaningful topics is what will keep a man longer.

Men want a woman who is thoughtful, loving, caring, trustworthy, kind, and loyal. She’s that kind of woman who radiates warmth from her heart and men will want to be with her.

10. She appreciates and respects him.

Men long for appreciation. A man wants to feel like he’s the man and that the woman in his life believes that he’s the greatest. He wants her to respect him for who he is. Men are looking for a woman who will treat them with genuine respect and admiration.

11. She is confident in her own skin.

A woman who loves herself, regardless of her own flaws, will love a man for all of his. Men have repeatedly told me that there’s something sexy about a confident woman, which has nothing to do with looks. Confidence is that special something that makes a woman irresistible. If she believes in herself, she can turn any situation into an opportunity to shine, which men love the most.

So there you have it! Needless to say, every man has a different checklist for what he is looking for in the woman, but my instincts tell me that I’ve covered the essentials that most men can agree upon.

History Will Keep Repeating Itself Until You Change It