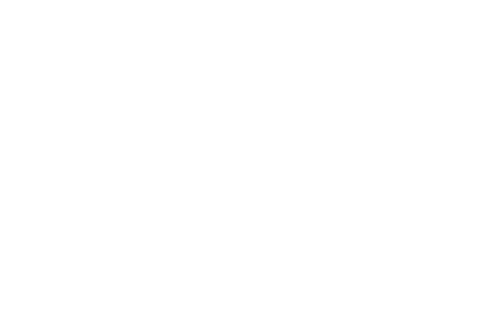 I’ll admit it: I’m a BWG — Basic White Girl. I’ve been this way since 1993, and I don’t have any plans to change. If you’re unfamiliar with the term Basic White Girl, look no further than your own college campus because that’s where she can best be observed in her natural habitat. Basically, a Basic White Girl is an Ugg-wearing, legging-loving, Starbucks-sipping, apple-picking, T-Swift-listening, selfie-snapping, pumpkin-carving, Kate Middleton-worshiping millennial lady who loves to cuddle up on chilly autumn days with a warm mug and a juicy magazine. If that’s a crime, lock me up.

What with October and Pumpkin Spice Lattes upon us, we BWGs are receiving even more flack than usual, most of it undeserved. I don’t have a problem admitting to my basic tendencies, because honestly I don’t think basic equals bad. I mean, if my personal preferences and the special things that make me enjoy life make me “basic,” then so be it. I’d rather be a happy BWG than a decidedly un-basic, judgmental bitch. Am I right?

Alas, there will always be those girls — you know, the girls who pretend to rise above it all, who act superior because they’re “different.” They’ll turn up their little noses and talk shit behind our backs, all the while feeling smug with their super-cool, ultra-interesting lives. We can’t fight them, and we definitely don’t want to join them. Instead, let’s put them in their place. Let us stand together, united in our basic-ness, and say a big “fuck you” to the people who bring us down.

Uggs: If you (or your parents) can’t afford actual Ugg boots, that’s okay. The imitation brands are every bit as basic. Ugg boots are arguably the ugliest winter shoes known to man; they’re big, they’re fluffy, and they’re usually an un-appealing shade of grey. But, you want to know a secret? They’re. Fucking. Comfortable. Ugg boots are simply an extension of the common slipper — no heels, no zippers, no nonsense. They slide off and on with ease, and keep your toes extra cozy in cold weather. Seriously, there’s nothing to hate here.

Apple Picking: Ah, yet another seasonal treat! Is it just me, or do BWGs know how to enjoy life? There’s absolutely nothing wrong with apple picking. It’s an outdoor activity that occurs once a year, much like hunting or Fantasy Football, but since we’re girls and we’re basic, WE get shit. Let’s make “Basic White Boy” a thing, yes?

Taylor Swift: Ahhh, the original BWG. She’s blonde, she can’t really dance, and she spends the majority of her time and talents whining about boys who will never call her back. But that’s why we love her! She’s just like us! We’re soul sisters! Like, if we met IRL we’d be like, total besties. Besides, if “Shake it Off” doesn’t inspire you to don your dancing shoes, then you were most likely an irrelevant person to begin with.

Selfies: I’m a big proponent of selfies. One glance at my Instagram will tell you that. People talk shit about BWGs who post selfies, calling us conceited and annoying. But, selfies aren’t just a 21st century phenomenon — they’ve been around for hundreds of years… ever heard the term, “self-portrait”? What else is a girl to do when her hair is looking extra voluminous and she successfully painted on a perfect cat-eye? Cut us some slack! With all the serious shit happening in the world, an impeccably-filtered selfie should be the least of anyone’s worries.

So, the next time you spot a BWG at the bar, in line at Starbucks, or simply studying at the campus library, save your insults, jeers, and judgments. Because basically, we never cared about your opinions, anyways.

Today Is National Nothing Day & You Should Celebrate By Doing...