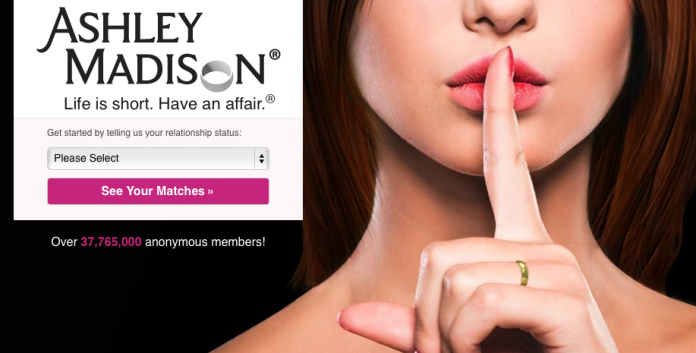 News about Ashley Madison’s private files being leaked by a group of online hackers called The Impact Team has risen to the top of the trending charts. Social media is booming with jokes, and laughs about all the cheating, dirty men who will be exposed.

Poor Ashley Madison. Having their trust broken and private life violated by someone who promised faithfulness.

There’s something I’ve noticed each comment, article, review and public statement isn’t accounting for: Who’s really affected? Sure, the cheaters are exposed, divorce lawyers gain business and the company itself crashes. But who is really affected?

With more than 2,500 records released, attackers have claimed to have access to over 37 million accounts that the website holds. But I don’t believe it’s the husbands or wives that should be afraid. Divorce is becoming easier and easier to commit to every day. Maybe even easier than committing to wedding vows. They have support and lawyers to show them exactly how to win, get a smooth transition and use the many websites available to prepare them for first dates all over again – just like the hundreds of thousands that divorced before them. But what happens to the young people?

As the daughter of a split family, I know first-hand divorce is not easy. It is not painless, and it does not affect solely the two parties at hand. I’m grown up now, and most of the sting has faded. I’ve learned to accept and be thankful that my parents were able to choose that they could take control of their happiness. I’ve learned the importance of independence and emotional strength, but I’m not sure if I’ll ever believe in love the way that they once did.

The world is changing, and so is love.

It makes me sad to think that maybe I don’t know what love is, and that I often question its existence. I don’t blame my parents for the choices they made, but I often wonder if I can ever make those choices myself. At an age where I’m still trying to figure out who I want to be, relationships can be confusing, overwhelming and heartbreaking, plus the examples set out by the older people around me are weakening. I know every young girl dreams about her wedding day and the magic she’ll feel when she finds her soul mate. We all have a secret Pinterest board filled with dreams dressed in white, and of course I still get that giddy, body enticing feeling when around I kiss the person I love. But what if love isn’t one isolated thing?

To me, finding love is finding solace in my life. Finding that place of peace without worry, or heartache. If that includes a partner, then so be it. But I don’t plan on spending my life chasing after “I do.”

I hope that the world can see the Ashley Madison news and think about it as more than just hot gossip. Think about the way in which websites and TV programming and reality itself are changing the terms of love. If marriage once truly was the signature to eternal love, then I’m begging we stop trying to change something so beautiful. We need to take responsibility for the image that is being translated to the generations of young dreamers to come, and give us hope again.

Among the growing loveless generation, we don’t know what to believe.

My Father Never Hit Me, But I’m Still A Victim Of...