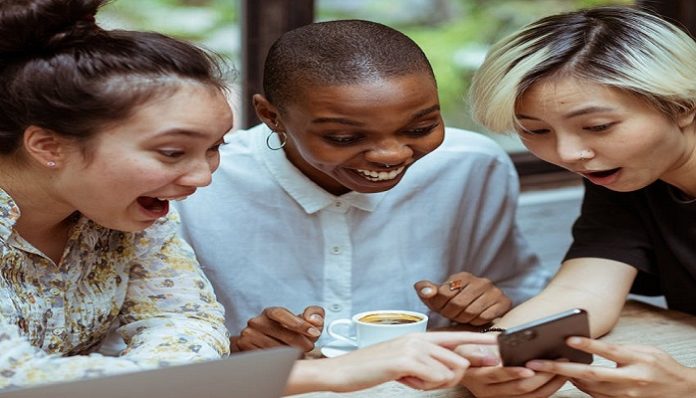 When we first think of social media, we think about rants on Facebook, everyone’s extraordinary Snapchat lives, and artsy Instagram posts. The way we deliberately make our followers jealous by presenting such an edited version of our lives may cause social media to seem like a superficial outlet for narcissists. If you choose to delve deeper than all those animal pictures and funny videos, you may realize that social media is saving our generation.

It sounds outrageous, but where would Generation Y be without social media? Once we start to move away from having playdates on the playground with friends, we also tend to start moving away from each other. To overcome these distances, we have an ability that no previous generation has had before; the ability to utilize a more virtual playground. We check in to see how one another is doing, but, more importantly, we check in to see each other’s current viewpoints.

I can’t tell you how often I’ve seen people who I can still hold a lengthy conversation with because of something I’ve seen on their social media, despite lack of any recent personal interaction. That’s the golden ticket behind social media – it gives us the ability to see through other people’s eyes.

Not sold on the idea yet? Think about our generation on social media compared to the other generations.

Now, focusing on Facebook, I’m sure you can attest to the fact that the oldies know no boundaries. What do their posts consist of? Blurry sunset pictures, stories of their children, and embarrassing cartoon memes. On top of that, they don’t understand why they see posts that aren’t yours but that you are merely tagged in. This means embarrassingly commenting on photos that other people post of you, leaving you to explain to everyone who Crazy Aunt Cindy is.

To be fair, some people in this age bracket do know how to use social media. But even when they know how to use it, they aren’t benefitting from it. They use it to catch up with friends and see how their grandkids are doing, but generally not to see from another person’s point of view.

Many of them only have a low number of Facebook friends and don’t use any of the unique features that the social media sites have to offer. From their own perspectives, there’s absolutely nothing wrong with the way that they are using the site. Our generation, however, sees that all the glorious benefits aren’t exactly being reaped. Think of it as having a whole world to explore and never leaving your backyard.

Ah, yes. The generation that gave us newer and hipper ways to use social media than Generation Y could have ever imagined. We now live in a world where we can send naked pictures and have them vanish after five seconds. Thank you, youngsters.

In all honesty, we  do owe a lot of thanks to younger generations. We now have more creative technologies, better features on social media sites, and faster ways to connect with friends. But with the ups, come the downs.

It may just be a coincidence that with a new generation on social media sites came more awareness of cyber bullying, online anxiety, and depression. Sadly, it could also be that these issues were surfaced in the first place because the younger generations are misusing social media.

I know it’s not fair to point fingers, and I by no means am trying to say that younger generations ruined the Internet. What I’m saying is that the way people use social media is changing and that something must be done to reverse it.

We appreciate a good book just as much as we do a good Netflix binge, and we aren’t afraid to power down for a few hours to get away from all the online madness. I’m not saying that we’ve got the perfect social media usage, but we can see with our own eyes what things used to be and where they’re headed.

When hopping on social media, we can see a Facebook rant and either choose to get involved in the conversation or know that it’s not worth it. It’s a special talent to be able to effortlessly browse the Internet and know gold from crap, and we’re not afraid to share our opinions with others.

That being said, we are the bridge between being social media savvy and obliviousness to the world around us. We carry with us the open mindedness of the younger generations and the lessons from the older generations to make for a recipe for social media genius. Using this to our advantage, we get informed on news, friends’ lives, and viral crap in the blink of an eye.

Ultimately, we are using the Internet to our advantage, and it’s a tactic that people should learn from. We see the world for what it is and have the ability to step out of our mindset and into someone else’s. That’s something that almost every person has the struggle to do and we’ve managed to master it through social media – something that other generations can learn from.

It’s time that we learn from each other how to use social media to our advantage. Social media has saved Generation Y and it has the power to save other generations as well.