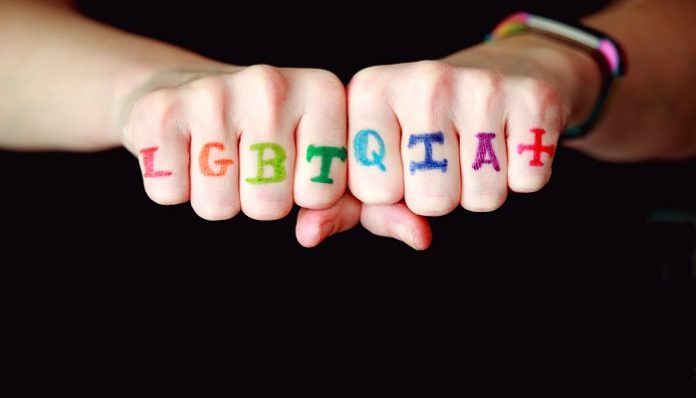 Transgenderism pisses me off.

All of it. Everything under that umbrella pisses me the f*ck off. The sheer concept of someone’s gender expression diverging from their sex is an issue that should be irrelevant. Because there’s nothing wrong with it.

When you’re born, nobody is standing there with a clipboard like, “Yes, this child will grow up to be a lawyer, only a lawyer, and nothing else. They will have no time to figure out for themselves if they like this job or if they feel they are happiest in the field of law. They must only abide by this assignment, and we’ll ostracize them if they want to be an artist instead, even if they want to be both a lawyer and an artist.”

Why can’t people just be humans with complex identities?

That’s ridiculous. You know what else is? That I was born with brown hair, but I decided I liked red better, so I took the liberty of dying it. Nobody gives a sh*t that I wasn’t born with red hair; they just look at me and say, “Cool, she’s got red hair.”

I don’t understand why that’s any different than gender. Someone was born one way, and changed it once they figured out they felt happier another way. It’s their body, mind, and soul. So why are you, a separate entity from all of those things, getting so worked up about it?

The part that bothers me the most is that the definition of a gender fluid or transgender human exists at all. The fact that a girl can feel like a “boy” displays how evident gender roles in our society are. Because one female might feel a way that’s been labelled as “male,” (or male as “female”), they’re automatically characterized as “transgender.” Why can’t people just be humans with complex identities?

Growing up sucks in one way or another for everyone.

And PLEASE tell me why it’s such a problem to identify as more than one thing?! I’m happy some days and sad other days. I’m outgoing in some situations and introverted in others. Yes, it’s possible to have two seemingly opposing characteristics, and yes, it’s fine and normal to be both.

And don’t even get me started on androgynous clothing. IT’S FABRIC. Suits and ties are not exclusively “male,” and dresses and heels are not exclusively “female.” You wanna pierce your ears, get a tattoo, wear a skirt, sneakers, and a bow tie, then you go for it, homie. And ain’t nobody ought to tell you otherwise.

Now, my issues lie within the labels of transgenderism, but I don’t want to ignore these LGBTQ groups’ communal aspects. There’s nothing better than feeling like you belong. It’s when I view the whole thing objectively, it makes me wonder why this is even a topic of discussion. A discussion that people feel very passionately offensive about.

I’m absolutely heartbroken whenever I hear about a kid who feels lost and confused about their sexuality or gender identity and is labeled “wrong” for that. Growing up sucks in one way or another for everyone. You’re trying to figure out who you are and what you want to do with your life. That statement encompasses all parts of yourself including your unique, complex, beautiful gender identity.

I wanna throw a big “hell yeah” to those openly defending their transgendered or gender-fluid identities, increasing the activity in this discussion. Although it should never feel taboo to be different than the “norm” (I’m using that term ironically, let me be clear), I’m glad there are some kick-ass role models to guide the way to create a new norm; a norm that lets everyone be whatever the hell they want.

Your Relationship Should Never Make You Choose Between Love & Happiness

6 Things You Need To Do On Your Mission To Love...