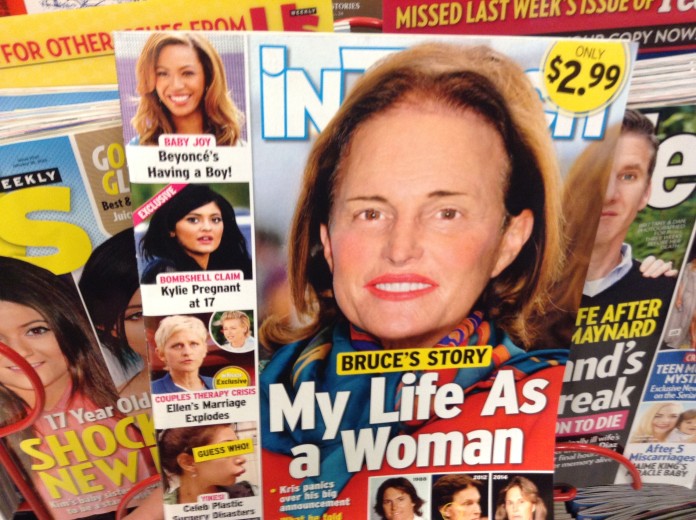 The tabloids, in the usual vulture-on-a-carcass manner, are tearing apart Bruce Jenner and his supposed decision to biologically become a woman. While Jenner himself has remained silent regarding the news, there is something to be said about our society’s reaction to the potential truth.

You may have noticed that I emphasized two rather important words above: “biologically,” and, “woman.” That’s because there is a critical distinction regarding sexuality, sex categorization and gender that our otherwise intelligent and progressive society fails to make everyday. Gender is a social construction, purely crafted at the hands of human beings.

To fully understand this conversation, we need some key words to be defined. Sex is determined through the application of socially agreed-upon biological criteria for classifying people as boy or girl, male or female. These criteria can include the presence of anatomy at birth, or chromosomal typing before birth. Sex categorization is achieved by an application of sex combined with everyday actions that show that one is apart of that sex category (for example, a little girl playing with a doll, which has been deemed something only a girl would enjoy). Gender is the activity of managing behavior under the influence of attitudes and activities deemed appropriate for one’s sex category.[1]

According to the definitions I gave, your biological criterion determines if you are sexually considered male or female, which is your sex category. However, your sex category is not always synonymous with your sex. Not only this, but your gender is simply the way you choose to act, the way you choose to interact with society. Since our society constructed gender into a binary, several major social constructions are influenced by the existence of gender, such as public washrooms. This places a pressure on people to choose between being simply male or female, but for many, it is anything but black and white.

You might be asking, what does this have to do with Bruce Jenner? If you Google his name right now, you will find more than 20 news articles exploring his potential transsexuality. Almost every one suggests that he is confusing, disgusting and even downright wrong for exploring the possibility of his identity as a woman. These headlines are a product of misunderstanding the difference between sex and gender, and they are further stigmatizing the notion of transsexuality as inferior.

What I want to tell you here is that this reaction is immature, uninformed and simply unacceptable. Why is it considered wrong for us to be racist, but it’s acceptable for us to scrutinize a person when they do not appear to be either a man or a woman? Why is it okay for a bunch of people on TMZ to stand around, talking about Jenner’s apparent manicure and using the words gender and sex as though they’re interchangeable?

What Bruce Jenner is experiencing is scientifically common, and no one else should give a damn about his situation. If we feel the need to comment on his physical differences, it should be with happiness that we congratulate another person for coming to understand their body despite what societal norms tell them about what is accepted and what is not.

Why Your Bad Grammar Is The Reason You’re Still Single

Is Our Society Oversensitive These Days?