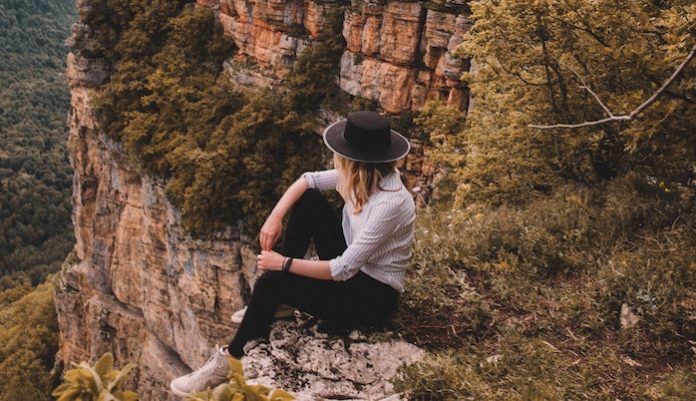 “Do we need somebody just to feel like we’re alright?”

While Dua Lipa croons her way through the 2017 smash hit appropriately titled “Scared To Be Lonely,” I think about all the benefits of being alone.

It’s human nature to want to be around other people: we’re a species that has become incapable of standing independently without constant reinforcement, positive or negative. Social media has made us feel more connected than ever, even if we’re alone.

Being alone, and I’m talking about being truly alone, is the most liberating moment of your life.

It’s in that moment you have clarity, blinders off, and you’re standing thinking about everything and anything, clear of any distractions.

I grew up as an only child, so I often relied on me, myself, and I to stay entertained. I had plenty of friends growing up, but I still resent my fourth grade teacher for telling my parents I need to learn how to “interact with my peers.” I’ve had plenty of friends, both significant and drifters, throughout my life, but it’s when I’m truly alone that I appreciate them more.

The idea of being alone seems scary… and it can be from time to time. I live alone in an apartment and suffer from self-diagnosed insomnia. There are plenty of times at night where I’m lying awake, scared shitless of the smallest noises I hear. Do I wish sometimes there was someone else there to co-sign my crazy? Sure, but I also cherish the freedom to have a bed to myself and no rules on how to live.

I have heard the saying, “You come into this world alone, and you go out alone,” and I wholeheartedly agree. When we’re born, it is a singular experience. None of us remember that moment we emerge from our mother’s womb, and when we die, we don’t know what that final moment on this Earth is. It’s an indescribable feeling (much like riding on a magic carpet).

I am the biggest proponent on being alone.

I go to movies alone, I have meals alone, and I have traveled alone. That doesn’t make me a loner: It means I’m so secure in myself that I don’t need someone else with me. Is it scary sometimes to go places by myself, especially foreign places? Of course, but it also gives me the opportunity to explore and engage with people, cultures, and experiences I may never have had if I was with someone else. Most importantly, I’m creating memories that I don’t have to share with anyone. No one can ruin or taint those memories for as long as I live.

In my honest opinion, being alone builds character and self confidence.I also know that because I’m used to being alone, that I don’t care about who is around or who is wondering what I’m doing at a certain place by myself.

Being alone is not the worst thing in the world.

Since being single, I have also noticed that my friends that are in couples are more inclined to check up on me and invite me places or let me be their third wheel. I personally love third-wheeling, but it’s also because I’m not solely focused on being miserable because I’m alone and single. As a society, we’ve been trained to think that people who are alone are sad, depressed, and other negative connotations.

We all find outlets to use our time wisely, and if being alone is the current card you’ve been dealt, you should run with it. Don’t go chasing after false company or the idea that you won’t be fulfilled if you’re alone. I’ve done some of my best thinking and work while being alone. It’s rewarding, it’s challenging, and it’s humbling.

As Mahatma Gandhi said, “It’s easy to stand with the crowd but it takes courage to stand alone.”

Photo by Jamakassi on Unsplash

Why The Pandemic Didn’t Stop Us From Getting Married