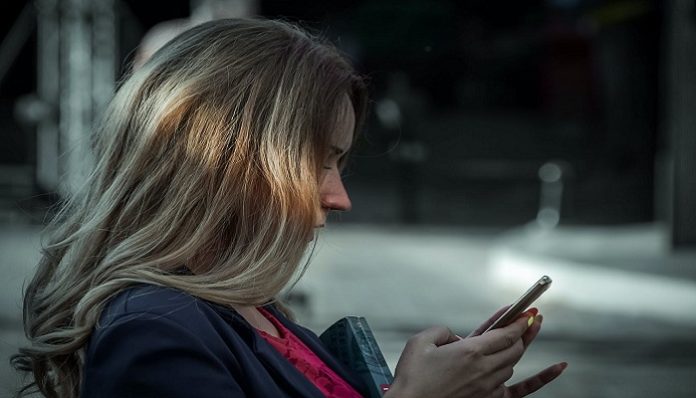 “Why didn’t you write me? Why? It wasn’t over for me, I waited for you for seven years. But now it’s too late.”

Sorry, ladies and gents. It is over. And it’s not because your over-bearing parents intercepted his/her messages. It’s just over, but I’ll tell you why.

Boy meets girl. Girl meets boy. Boy and girl exchange numbers and talk. Then, somewhere along the way it just doesn’t work out. You stopped answering their texts. Boy now awkwardly sees girl on campus and boy/girl wonders why the other one never responded.

This post I decided to reach out to my amazing readers for some input about why you weren’t worth the text back. The responses I got were unreal. So, if you have ever been ignored, here is the ultimate guide for why this particular boy or girl just didn’t think you were worth their time anymore. However, these people don’t seem to be too sorry about it.

For all of you lost souls, including myself, this is why they never answered your text:

Your last text was confusing, weird, and/or annoying:

I tend to not answer when I have no idea the meaning behind the text–if something can be construed as flirty or serious, how the hell do you respond without looking like an idiot if you’re wrong?

I never answered your text because you made a weird comment about doing something together like a year in the future. Too much commitment, too fast! Ask me on a date first.

We had a fun night together, but I can’t stand texting you. You spell EVERYTHING wrong. I can’t even understand what you’re saying. I tried to be patient, but every time your name pops up in my messages, I get aggravating trying to decipher the pig latin you sent me.

Because he asked for nudes.

Not answering his text because he is too overly aggressive. Like seriously with a double text? and then a triple? why doesnt he get the hint? its awkward. embarassing. and just so sad. I dont answer him because he doesn’t make my heart beat faster, or you just know theres no point, or because your beer (or in my case tequila goggles REALLY misled me). But what if hes so nice it hurts? So you respond once for every four of his texts. how does one build up the courage to friend zone the F out of the nuisance who not only triple but quadruple texts you?! The heart wants what the heart wants and its not you. IM JUST NOT THAT INTO YOU, IF I DONT RESPOND. obvy.

Because “hey baby” from a number I don’t even recognize is seriously creepy.

There’s no point in trying to have a conversation with someone when all their responses are one-worded and mostly LOLs. Plus, your dick pic was unwanted…and not impressive.

You aren’t what we thought you were:

Number 1 reason for me would be beer goggles making the decision to take that number. Then you wake up to a text from him like oh shit I hit on a guy that looks like voldemort last night….. Fucking tequila. ABORT. Next reason would be personality wise; they either turn out boring, creepy as fuck, or clearly not all there in the head. Toodles to that idiot he didn’t even make it to be my flavor of the month.

I never answered your text because I don’t remember meeting you and your name was saved in my phone as “Kevin (Tori says he’s not cute).” So my best friend definitely did this and if she doesn’t think you’re cute, I probably don’t either.

The beer goggles came off and I realized he actually doesn’t look like Ryan Gosling…..

Make up did wonders for you. Tone it down a bit.

You’re taken and we don’t want to get murdered:

I got in a fight with your boyfriend at a bar last year who I just realized is your boyfriend. He broke my nose because I accidentally spilt a beer on him. I can only imagine what he would do if he knew we slept together. I’m a small dude. -Greg, 24.

You saw that I saw you with your girlfriend on campus. Then you had the balls to text me after “Wanna come over tonight?” No???? What do i look like to you?

You saw that I saw you with your girlfriend on campus. Then you had the balls to text me after “Wanna come over tonight?” No???? What do i look like to you?

We aren’t your booty call:

You make me feel like shit and I know you only want one thing from me. I’m all set thanks.

We had sex once and it honestly sucked. Texting me at 1am not only brings me back to the awful sex we had together but it just makes me feel sleazy. –Katie, 21.

Personally, when a guy is all about it after we meet and actively gets my number and texts me, I get over it real quick. Make yourself a little hard to get because who wants a guy thats easy and any basic girl can get. Please wait a while to text me or don’t text me so I wonder why you have my number and aren’t hitting me up! But another reason I won’t answer is because the alcohol had you looking hot and your Facebook reminded me the next day you are not….

…Or maybe not eager enough:

I was trying to play his game…you play hard to get? Then so do I.

You have gone weeks without responding to me and then drop a casual “hey whats up” on a random Tuesday night…. like what?-Laura, 23.

I can’t tell if you like talking to me or not. You text me first but then you seem uninterested in the conversation.

Your hygiene isn’t up to par:

Cause you had a smelly vagina… Doesn’t matter, had sex anyways. –Brian L., 21.

Your bedroom was DISGUSTING. Trust me, I’m not a neat freak. But there was legitimately cooked spaghetti all over the place….. Like what? -Julie, 22.

Your morning breath was something to remember. Not in a good way. –Luke, 20.

Featured image via Ivan on Pexels