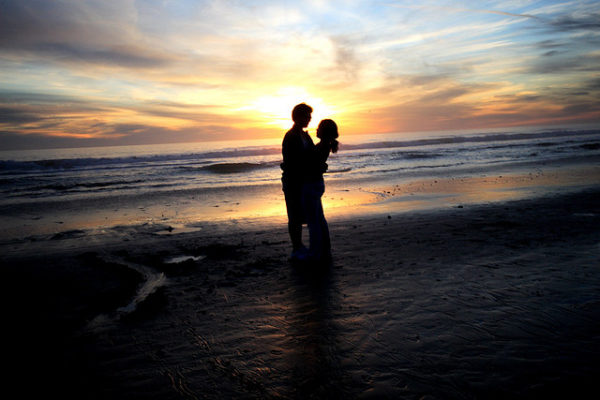 We all love the feeling of not simply dating, but being with somebody new. As if all past relationships are erased, all lessons associated with heartbreak pushed aside. All those cynical conclusions rejecting any possibility of love that you made during your time as a lone wolf fades away. A new slate begins, for both of you, another chance for love sprouting from apparently nowhere.

But we have to be open for this new opportunity, because as much as it is an exciting time for us, it’s that much scarier to realize the vulnerability of putting ourselves out there. Vulnerability happens only if we let it, so we tread lightly, test the waters and build walls that we hope that person breaks through like a wrecking ball.

The beginning of a new relationship is a time where both of you control your tempers, hold your judgments & sudden negative urges, and in doing so, you’re forced to only see the best in each other. In the beginning, you’re floating on cloud nine. There are no previous fights to refer to or past faults to bring up during a cold war. There are no wars, cold or nuclear. You’re still on the same team. You don’t pick every chance you get to fight, but instead let things slide. This place… is bliss.

So why do we ever leave this place? That first fight is glorified by that first make-up (sex). Naturally, we become more comfortable, in showing our true desires, judgments, and thoughts. But what fucks it up is that on top of our newfound comfort come higher expectations.

Without conscious control, we expect the other person to read our minds, to know us on that unconscious level, because if they really cared as much as they appeared to in the beginning, they should be able to know why you’re upset, right? Maybe. But most likely, not…

Not everybody will be as intuitive to your feelings, or receptive enough to your body language that they are able to sense what that glaring stare means, or what those rolling eyes imply, or what the fuck those extra “…” in your text hint at. These subtle messages that you’re sending aren’t always easily understood, if at all noticed.

You’ve heard it a million times—no expectations, no disappointments. And as much as you know it’s true, you know that it’s hard as fuck not to have any expectations. After all, you’ve invested so much time and effort in a relationship, why shouldn’t you have expectations? Maybe you’re right.

But for those who are open to it, try not having any expectations. This will take conscious thought, and you’ll have to push those expectations to the side. It will require rethinking of some solid convictions and it will take some initial moments of distress due to that inner fight to expect. Remember and think back to those first dates. What would you have done then? It won’t be easy; in fact, it will be a pain in the ass.

But don’t fear because what awaits you is heavenly. It’s refreshing. It’s… bliss.