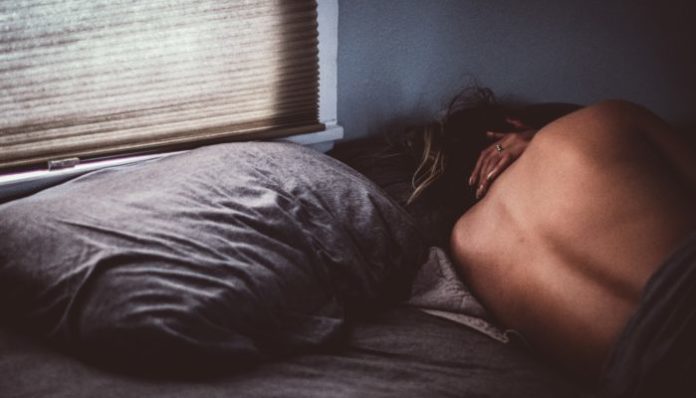 I love dating. A lot of people hate it and I totally get why, but I personally love the jitters of that first encounter, slowly discovering each other’s likes and dislikes, and that unique feeling where you both know you like each other but aren’t sure how far things are going to go yet.

It’s a gamble, right? Meeting someone for the first time can end in a complete nightmare or with you figuring out this is the person you’ll be spending the rest of your life with.

We’d met via an online dating site and shared a couple of quick messages. She was cute, we had a lot of similar interests ranging from movies to politics, and the conversation flowed well.

“I don’t normally do this so quick, but could I meet you this weekend?” I was beyond flattered and said yes immediately. We made arrangements to meet for coffee in a hipster part of town at the start of Saturday evening.

I got there first, and after she showed up we got coffee and climbed narrow, probably hazardous, stairs to an upper level for some privacy. We sat and chatted for hours, about our lives and what brought us to where we were. We talked about our exes – she’d just gotten out of a long relationship a few months ago.

Things were going so well that we decided to take it to a nearby sushi restaurant. She’d told me earlier she was vegan, and as we sat down to order I asked if she had a problem with me ordering meat. “No, eat what you want. I mean, it’s kind of like religion for me I guess. I wouldn’t want you to show up to church with me if you didn’t believe. Your body, your choices, your rules.” So I smiled and ordered a shrimp roll.

The night went great. We shared a kiss by her car and she invited me out again. We’d made a joke about how silly dinner and movie plans were for a first date (why pick a setting where for half the date you can’t talk to each other?), so with a laugh we decided on that; she invited me for dinner and a movie at her place.

I don’t even remember what we watched or ate, but I do know that at 1am she made it obvious to me that I’d be staying the night. She led me to her room and I briefly had time to register some lights twisted around her bedframe and some nature portraits on the wall before I was shoved back against the sheets. The sex was very awkward. Not because of technique, really, but more because she spent the entire time describing me and what we were doing, like what you’d find in a dime-store romance novel. I didn’t think anyone actually said “tender valleys” or “love peaks” in real life, but now I know better. At one point I actually considered sitting up and leaving, but I figured I’d ride it out (no pun intended).

It ended fine, but once all was said and done there was this palpable awkwardness in the air. She was talking about how nice it was to be with a woman again – her long-term relationship had been with a man. So I did what I always do when I feel awkward: I made a joke. “Yeah, I mean at least with men all our weirdest-looking parts are tucked up on the inside.”

I probably shouldn’t have said it, but I was in that period of my 20s when gaffing up is practically a given, exhausted, and feeling really awkward about the whole situation. The laugh I was waiting for never came. Instead, she turned to look at me, shocked and said: “What are you talking about? Vaginas are the most beautiful part of any human body!” She went on to describe their sweet nectar and I couldn’t do it anymore. After a bit of conversation, I gathered up my clothes, she promised to call me and thanked me for the night. I took off at about four in the morning and that was that.

I didn’t hear from her again for six months. And I figured she’d moved on; we hadn’t clicked the way she wanted and, frankly, her style of sex just didn’t work for me, so I thought it might’ve been for the best. But out of the blue she called me again, saying she was sorry for the gap and offering to take me out for Vietnamese food. I shrugged and figured I’d give it a go. She’d explained she’d just been going through some rough stuff personally and paused dating for that entire period of time. And if nothing else: free food, right?

The date was as awkward as the sex could’ve been. Gone were the supportive phrases about eating what I liked. I ordered a dish with meat in it and got a lecture about how I really couldn’t call myself a good person anymore. The entire evening was barbed and I couldn’t figure out why on earth she’d asked me out again. By the end of it I didn’t even want to be friends with her, let alone date her.

When she walked me to my car, she hesitated, then smiled. “You know, I wasn’t going to tell you this but I think you’ll take it really well. Have you ever been just done with someone? Yeah, I just kind of got bored and done with you. I dated around with some other people for a while but thought you might be fun again.”

I was stunned. Was this supposed to be flattering? Maybe this is how she’d felt after my joke. We said our goodnights, without a kiss this time, and she promised to call me again.

Comment: Tell us about the worst date you’ve had.

Featured image via Photo by Gregory Pappas on Unsplash