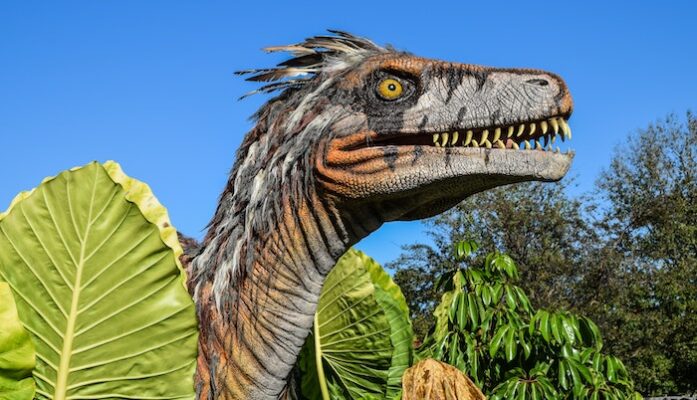 If you are reading this article, then surely you are old enough to have a favorite dinosaur. “But Emi,” I hear you say, even in another time, “Aren’t some folks a bit old for that? Don’t you outgrow the dinosaur phase?”

To which I would respond: “wtf no???? The hell kinda question is that…”

You need to have a favorite dinosaur. It makes for GREAT conversation when there’s a lull at a party. If you’re a super cool person, you know FACTS about the favorite dinosaur in question. It also comes in handy if you interact with little kids a lot. If you work with kids, always have a favorite dinosaur, princess, color, and lizard locked, loaded, and ready to go at any time. You will look silly if a kid asks you and you don’t know.

A lot of favorite dinosaurs fall under the “basic” category. That doesn’t mean the dinosaur is basic, because every dinosaur has something fun about it. But it means it’s one of the dinosaurs everyone knows about and has heard of and your paleontology education ended in first grade.

I am here to help you grow up and pick a real ADULT favorite dinosaur. Here are three  never-talked-about underdogs.

Look at this absolute unit! He’s a whole walking comb! AND you can remember his name by thinking of Baja Blast!

This sauropod from South America had spines (that’s right, those curves are BONE) that bent forward so much that his fifth vertebrae went past his head. They might have had feathers or skin on top of them, but we don’t know because delicate tissues don’t preserve well in the fossil record.

If you haven’t spotted it yet, there is something very bizarre about this creature. This lil dude was discovered in China, and oddly his arms only end in… a single finger? Just one stabby little point, no other digits. There are tiny bones in the arm, but they are way too small to be their own digits. Lil baby stabber running around. An adult would fit in the palm of your hand.

Imagine a cross between a porcupine and a parrot. Also, it has teeth that sharpen each other when it opens and closes its mouth. That’s a Pegomastax, my personal favorite! And despite how scary it looks, this little dude was an herbivore. And when I say little dude, I mean that its skull was only two to three  inches long. He lived during the early Triassic period in South Africa.

Dinosaurs lived so long compared to all of human history that the variation is on a scope we cannot comprehend. If you need a better favorite dinosaur, I am begging you to look up more interesting ones than T Rex and Triceratops.

Dinosaurs adapted for just about any situation you can imagine, meaning there’s a plethora of weird and wacky ones to love. Paleontology is a huge field, with new discoveries happening all the time around the world, which is why it’s great to stay up-to-date with the latest dino-news.

Photo by Amy Baugess on Unsplash

Why ‘Single Time’ Between Relationships Is Important