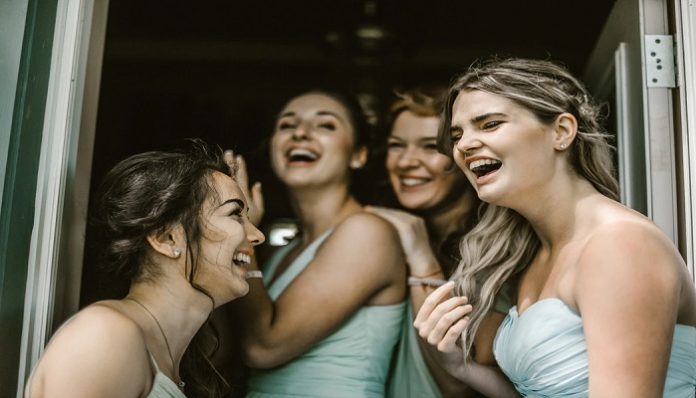 Wherever there’s a single woman, you can bet she’s probably heard a few pieces of unsolicited advice about her love life. For some reason, people love to concern themselves with the marital status of women, especially if that woman is unattached and reaching a certain age. However, there are certain questions and comments regarding her romantic situation that comes across as more rude and obnoxious than anything else.

“So when is your boyfriend going to propose?”

Um, she probably doesn’t know. Don’t ask her this question, or if you must, ask her boyfriend instead. Most women have no idea when the big question is coming and now they probably feel kind of awkward that you think they should have been proposed to already. If you ask a woman this one, you can expect a nervously unsure giggle.

“You can do better than this, your boyfriend is not exactly marriage material.”

Ouch. What a kick below the waist. Translation: “Dump that loser and let me pick a guy for you because you obviously have piss poor judgment when it comes to men.” Not only did you insult the guy, but you insulted her too, and now she won’t be hearing anything out of your mouth after that line.

Just because she doesn’t have a man doesn’t mean she can’t get one. Maybe she just doesn’t want one and is happy being single for the time being. It’s crazy, but some women just like to have a little more freedom and independence before they want to settle down. It’s not good to be in a relationship just for the purpose of being in a relationship.

“Stop giving him the milk for free.”

A person’s sex live is their own private business and it’s not for anyone else to comment on unless otherwise invited. Many women think about waiting for marriage, and while it’s fine to wait, it’s also fine not to. Respect the decisions a woman makes for herself.

“So which one of you is afraid of commitment?”

It needs to be understood that some people just don’t see marriage as the end all, be all of a romantic relationship, or something that needs to happen ASAP, or at all for that matter. It’s entirely possible to have a loving, committed, and happy relationship without being married.

“My boyfriend has a single friend you would like.”

It’s not wise to play match maker unless they say it’s okay with them, otherwise it’s just awkward and uncomfortable. You might know two single people, but you don’t really know how well they will get along, and you wouldn’t want to be the monkey in the middle if they did date and it ended up being a disaster.

“You must be lonely. I feel sorry for you.”

A woman can be alone without being lonely, which is not only healthy, but necessary for her to be able to do. Don’t feel sorry for her… envy her. And if it just so happens that she is feeling lonely, you will only make it worse by reminding her that she’s single and still looking.

“Hurry up because your clock is ticking and you won’t look like that forever.”

It doesn’t get much more sexist or shallow than suggesting a woman should run to the altar as fast as legally possible in fear of her 30th birthday, for that is when she will suddenly morph into an ugly, old, infertile, hag that no one could possibly want to be with. Here’s hoping that our future husbands make an exception for us, ladies!

If you make comments like this without the intention of being rude, you still might want to take an extra minute to think about how you could possibly come across in context and how it would sound if someone said it to you. If you care about the person you are addressing, then you should care enough to not piss them off by your poor choice of words. Just something to think about.