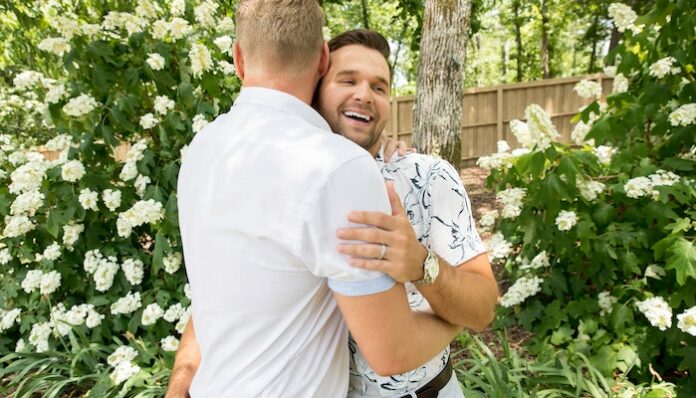 When I was coming out at age 38, after being married to a woman for 13 years and having two children, I was a little naive about how much baggage that really looked like to the gay men I wanted to date. Overshadowed by my own emotional train wreck, I couldn’t think clearly and stood firmly in the assumption that dating was “all about me.”

It wasn’t until I was referred to as a “breeder” by a guy I thought was really hot that I realized I was putting off a scent that wasn’t sitting right with many gay men, and it had nothing to do with the designer fragrance I was wearing. That was the day I woke up and started to look deeper at the question: “Why would any gay guy want to date me?”

At first, my quest for dating advice left me rather depressed. Who would want to date (let alone be in a relationship with) a guy who, at first, couldn’t figure out who he was for 38 years, second, was plowing through the emotional landmines of divorce, and third, was only available every couple of days and every other weekend (my custody schedule was insane at first)?

I was at my wits end and came off as a depraved, needy little boy, standing in the corner, stomping his feet, demanding that guys love him. (Love me, love me, love me!)

Yet, what I hadn’t learned to do yet was love myself. Finally, my best friend, an experienced gay warrior, said, “Quit trying so hard and just be yourself. You’re a catch, but the guys can’t see that!” Well, of course, that got my peacock feathers all ruffled, and I started strutting my stuff in a whole new way.

I, the confused heterosexual who was always homosexual underneath the mask, was a catch? But how was that possible? How could I, the newly out guy, be what other gay men were after?

Truth is, many gay men find married heterosexual guys a turn-on and attractive. However, let’s not feed the ongoing stereotype that all gay men just want to get into the pants of straight men. Give us a little more credit than to assume we find straight men attractive only because they’re men with penises.

Our attraction to straight men often comes from their masculinity, demeanor, social prowess, and fatherly/husbandly DNA. Of course, good looks, a tricked out body, and killer smile sure make the whole package more desirable.

The million dollar question that gets visited more often than one would think is: Are newly out gay men, previously married or otherwise, good dating and mating prospects? The answer? Yes… no… maybe.

Let’s state the obvious. Anyone who’s just come out of the closet is operating from a heightened emotional space. Life as they knew it, for themselves and those of significance in their life, just got dumped into the proverbial blender and it’s spinning at high power.

This doesn’t mean they aren’t capable of pursuing a serious dating or long-term relationship.

It simply means they’ve got a lot of irons in the emotional fire and you might accidentally get burned. On the other hand, because they’ve got emotions running high, you’re going to see the raw truth of who they are, a bonus that often doesn’t get seen until 1 to 6 months into most relationships.

Regardless of where they are on the emotional spectrum, don’t disregard newly out gay men immediately. Sometimes, the messy stuff is the best part, kind of like the melted marshmallow and Hershey bar in the middle of a s’more.

So, what are the perks of dating a newly out gay man?

On the other hand, there are a few pitfalls and downsides to dating a newly out man.

Their kid-in-a-candy-store mentality may get in the way of them being able to commit to anyone serious, including you.

Their children will always be their first priority, unless their children aren’t a priority (in which case, that may be an issue, too).

It’s possible they’re still trying to figure out who they are, and they want you to be their gay mentor disguised as the guy they’re dating.

They may be more out than you are and threatening to take away your gay card.

You may find yourself in a love triangle between them and their ex-spouse. Just because they aren’t sexually attracted to them doesn’t mean they don’t still care about them.

Like any newly out person — whether it’s from divorce, job loss, health issues, or something similar — anytime someone is newly out, or coming out of a life changing experience, it’s important to check-in with your own personal values and determine how much of someone’s personal journey you’re ready to take on.

In all honesty, you don’t have to take on any more than you’re capable of, and that includes taking on the newly out of the closet guy. Now if he’s hot, loaded, got a great sense of humor, can talk deeply, be vulnerable, laugh when he feels like crying, and rocks the mattress, by all means, grab him and don’t screw it up.

Photo by In Lieu & In View Photography on Unsplash

Why Everyone Needs A Taurus As Their Best Friend