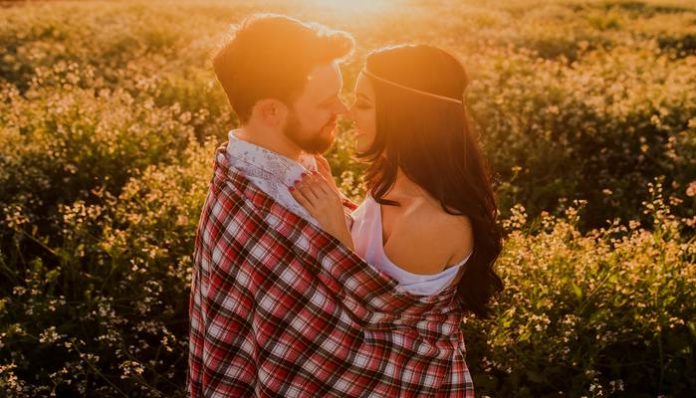 So you got into an almost relationship and feel upset about it? There could be some embarrassment, regret and heartache all wrapped into one painful clusterfuck in your mind. That’s totally normal! And while you may feel alone in these isolated thoughts, a lot of women have gone through this too. You are not alone in this painful feeling.

It’s okay to feel like an idiot when you have to tell everybody that your almost relationship is over. Sure, you’ll feel judged and uneasy knowing that everyone’s assumptions about this person were right. But you are not an idiot for choosing to believe in the good in someone and for loving with your heart.

It’s okay to admit that  you misinterpreted everything that happened between you two. The late nights, long hugs and countless conversations were all signs that your mind was headed in the right direction. It’s not your fault that he only wanted fun and that his actions signified otherwise.

You thought what you had was real and that they meant what they said. It’s okay to feel disappointed and extremely let down. But you did nothing wrong. You opened yourself up to something new and sacrificed a lot to achieve that. You also learned a lot and that’s the best takeaway from a failed relationship.

Don’t feel like an idiot for dressing up for him. You care about your looks and you’d do that even if you were going to the bank. That person is not special because you put an effort in looking good when you left the house. You trying to impress them was not a waste of time even though it feels that way.

But most importantly, do not feel like an idiot for falling for someone you weren’t even dating. You are better than that. And the length or title of a relationship does not dictate how you should feel about them. There are people who have been married for 25 years, get a divorce and meet someone new a year later and feel so much more in love than they had with their spouse. You’re entitled to feel how you feel and no one can tell you otherwise.

You are not an idiot because someone else made the decision to lie. They didn’t want you in the same way and they never planned on following through with their plans and promises. That’s not on you because they chose to not be truthful.

You might feel like you wasted your time and feel pathetic for doing so, but that couldn’t be further from the truth. . In fact, you didn’t waste time at all. Instead, you had one of the greatest lessons of all; people suck. If you hadn’t gone through this you’d be going into every situation so naively that a repetitive pattern soon could have developed. It’s better to be burned now than to be blindly burning as time goes on.

You aren’t an idiot because you’ve been exposed to his true side. You are educated. Think about all the new girls he’s going to do this with soon, or already has. Those poor girls are going to get their hopes up and their hearts destroyed. But you, you won’t be surprised he’s like that. And you won’t go through this heartbreak ever again.

People can argue that your relationship didn’t exist all they want to- that stupid boy included. But it felt real to you because it was real. And that’s not your fault. Just like it’s his fault for missing out on an amazing, loving and wonderful woman like you.

10 Interesting Facts About Cinco de Mayo That You Should Know