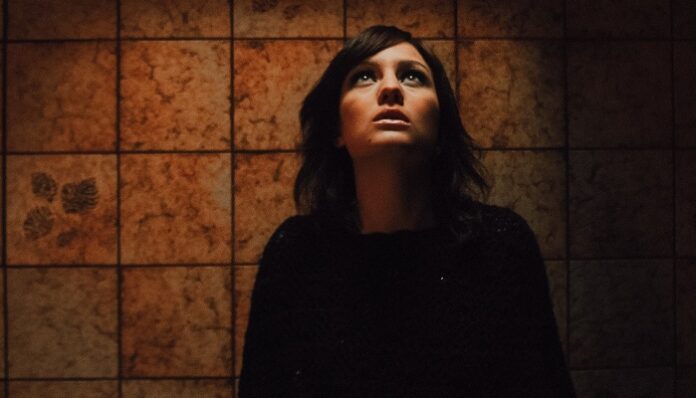 We’ve all seen the movies, read the books, or watched the documentaries of women having a stalker. It’s always the same story about meeting a guy, the woman seeing no red flags or possibly ignoring them, then the inevitable happening. Stalking. Seeing them everywhere, or hearing their voice even when they aren’t present. You get goosebumps when you go past a place you mutually go to, or get paranoid thinking you’ll run into him twenty-four seven.

I never imagined this would happen to me, but this past fall it did.

Here’s what I can honestly say about being stalked and harassed. Regardless of whether it’s in person or online, it’s terrifying. I talked with a guy on a dating app for six weeks, met him once, in which I had to fly out to the northeast to meet him.

There were no red flags at the time of talking to him. At least I didn’t see them at the time.  He was slightly clingy, but what person isn’t to an extent? Especially when there’s some distance involved. Let me add that I have nothing against dating apps. The majority of us use them, but you need to be extremely careful when it involves going somewhere to meet someone and you do not know anyone around.

I realized within 24 hours of meeting this guy I was extremely uncomfortable and this wasn’t going to work. Stalking reminds me of someone being a predator, like an animal just watching their prey’s every move. And I sure as hell was being watched with everything I did while I met him. When I got home after a few days, I told him it wasn’t going to work and figured things would end there, despite him not accepting the rejection.

I was very wrong.

I got messages on every social media platform throughout the next few weeks, all with different profiles of him. Anything I shared was reposted on his page, trying to tag my name in it. I would get calls from an unknown number multiple times a day, but I could never answer it, as it would end before I could do anything. He never left any messages.

I think the worst part was when I had people messaging me privately saying they were getting messages from a guy asking if they knew me. He would profess his “love” for me and of us. (I met him once. You can’t fall in love in six weeks. I’m sorry, Disney fans). That’s when I started getting extremely nervous. He knew where I was for my nursing assignment and I was ready to leave.

I’ve been in abusive situations, but I have never felt as paranoid about someone finding me as I did with him. To make matters worse, he would read my posts on this site, because he knows I’m a writer and would post lengthy comments about missing me and sounding like I had ripped his heart out. I’m sorry, but again, you can’t fall in love that fast and I’m convinced he was in love with the idea of love, and not of me. I was just the person willing to give him the time of day at that point in time.

We’re now six months out since this downward spiral began and things are finally starting to “calm” down. If anything like this ever happens to you, there’s a few things to keep in mind.

I verified with friends who I unfriended as an experiment to make sure they couldn’t tell anything about my profile aside from my name and picture when they looked me up. I did not want this person knowing where I was living next.

2. Change your phone number if you must.

This is a huge thing. If you cannot block the number or they insist on messaging you on WhatsApp and won’t stop, it’s time to change the number for your mental health and sanity.

3. Report it to the police as harassment.

This is something I should have done immediately. This could allow the next girl to find out about anything concerning when they look up someone, because we all know that us women are like the FBI when it comes to researching a guy, they’ll think twice. It’s not about getting even, it’s about making women aware.

If you need to screenshot or save something, do it. This may need to be reported later on.

It’s true that if someone is actively following you for whatever reason and you’re uncomfortable, you should go find a mom or a group of women. You can quickly explain the situation and they’ll go along with knowing you just to ensure you’re okay. Us women have to stick together!

Now I know there are varying degrees of “stalking” and some people stop after a few weeks because it becomes tedious or they get bored.

Do not let your guard down. Trust your gut.

If you think there’s something going on, speak up and tell someone. I got many of my guy friends involved just to check in with me and even call him in the beginning to explain I had moved on and ask him to respect my wishes. At some point you have to stop replying to them, as it only gives them leverage knowing you saw the message.

Know that this is not your fault. For whatever unknown reason, this person is infatuated with you in a creepy way and doesn’t respect you enough to stop. You have to find a way to make it stop so your mental health does not go down the drain, because trust me, it can.