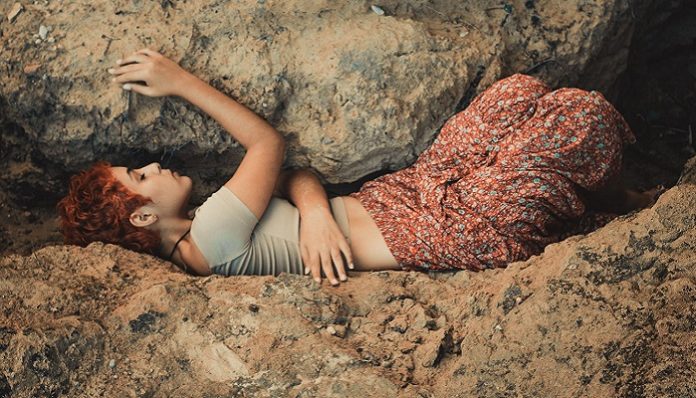 He was the guy. The guy I had always wanted to be with. Not the tall, dark, and handsome type. The rocker, tattooed, and sensitive type. The type you know you are walking into trouble with.

It started fast and strong.

The storm clouds rolled in.

Thunder was on the horizon.

The rain started to come down; I changed. I started to feel myself buckle under pressure. I started to give in to all his needs while pushing my family, friends, and myself aside. I started to lose all sense of direction, letting him win every battle to avoid another fight. I lost my freedom, I lost my pride, I lost myself, but that is a way to show him that I love him, right?

It ended in slow motion and as quick as a car crash.

And then the world went black.

It was over. He didn’t need me anymore. He found someone else. There had always been someone else. It was my fault. I didn’t love him enough. I was the fool.

My world crumbled. Where did I go wrong? How do I begin again? Where do I go from here? I needed him. I didn’t know life outside of him; Just the way he wanted it.

How did this happen to me? I was always the strong one. Why did I not see what he was doing? I am better than that. What kind of person let’s this happen to them? Me.

It took me so long to recognize it. It took me longer to admit it. It took me even longer than that to get over it. To see it wasn’t me. It wasn’t my fault. I wasn’t damaged goods, I was just broken and needed repair.

And then the sun began to rise.

He came back. After every failed relationship, after every girl that wasn’t me, after every bad moment where he needed the girl that did everything he needed for him. He was wrong. He was sorry. He was still in love with me. He needed a second chance. And I could finally say no.