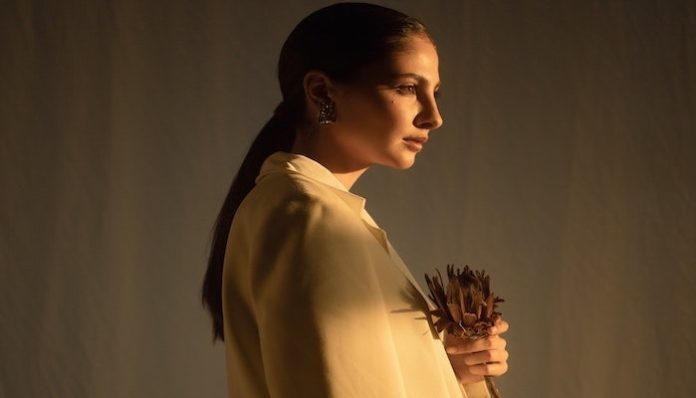 Divorce is daunting; we get it. Even when you know down-to-your-bones that the relationship you’re leaving (or thinking about leaving) is not right for you, fear of the unknown, feelings of failure, and dealing with a collective societal side-eye sucks.

It’s all a part of your training, girl. These are just all the more reason your decision to exit a bad marriage showcases what a strong, capable, self-respecting woman you are because you are not afraid of divorce. More than that, your willingness to leave the wrong person is something to celebrate.

And your ability to do so indicates a very real shift in the economic and personal power of women.

In her groundbreaking book, Anatomy of Love: A Natural History of Mating, Marriage and Why We Stray, author Helen Fisher (a.k.a. the bada** biological anthropologist) showcases an undeniable correlation between women having economic power and social respect and their choosing to sign divorce papers.

“This correlation between economic independence and divorce rate is seen in a host of cultures,” says Fisher. “Where men and women are not dependent on each other to survive economically, bad marriages can end — and often do.”

In our modern world, women can access to opportunities and resources that help them confidently walk out of unhappy, dysfunctional marriages. This lets them move on with life and discover the relationships they deserve.

So, go on and mourn your marriage, but don’t allow anyone to convince you that the D-word is dirty. Here are eight very real reasons strong women are not afraid of divorce.

1. A strong woman is done with tolerating B.S.

Many women spend years talking in circles when their partner’s behavior makes them feel devalued. If you’ve been in an unhappy marriage, you probably know all about the sleepless nights, the tears, and the gut-wrenching realization that the relationship keeps you from being your best, true self.

You can now take all of that energy and pour it into building a life you love and making room for someone who will appreciate, compliment, and even enhance it.

2. She finally knows what she doesn’t want and what she deserves.

Even if you feel completely lost right now, the very fact that you keft your marriage instead of suffering in silence as you “settle” for sadness shows that you have a clear understanding of what won’t work for you and what you won’t stand for. Do you have any idea how far ahead of the curve that places you?

3. An independent woman does not feel “forced” to stay in a relationship that isn’t right for her.

None of us felt surprised when Fisher wrote that divorce rates appear higher in societies where women could hold equal land, animal, currency, and informational access as men. Being financially independent offers the ability to choose who you want to partner with based on shared interests, chemistry, values, and vision.

Let us give a big “Thank You” to the women in history who fought long and hard so we could earn a salary.

4. She’s ready to invest in a better life.

Choosing to no longer invest in something that offers you no returns is a smart move in finance, right? Why would making this decision in your personal life be any different?

Never allow someone to convince you that staying in a situation that takes more than it gives is the “right” thing to do. Instead, do what is right for you.

5. She understands that divorcing the wrong person paves the way to finding the right partner.

In fact, Fisher points to research (and the U.S. Census Bureau confirms) that men and women who leave unhappy relationships usually move on to marry again. “The majority of people who divorce fall in love again and either remarry or build a new life with a new partner,” Fisher says.

The idea that your bad relationship is the only opportunity you’ll ever have at love is one of the most toxic lies people tell themselves. The reality is, you’ll walk forward with a better understanding of who you are and who you are looking for which will make it easier to move into a healthier, happier relationship.

6. A strong woman thinks loving someone for who they are (and not what they can provide) is HOT!

There’s a special kind of bonding that happens when two independent, self-sufficient, and self-aware people come together in a relationship. Instead of one looking to someone as a “provider,” you can now look at that person as a partner. You can now both appreciate each other for the gifts you each bring to the relationship.

Make no mistake: Power imbalance will corrode a marriage, whereas balance and equality foster mutual respect. Have you ever had sex without baggage, anxiety, or resentment? It’s delicious.

7. She’d rather be alone than part of an unhappy couple who watches the hours pass by in silence.

Say what you will about the single life, but it feels so much better than a bad, loveless roommate situation. Strong women may have moments when they fear being alone, but the idea of being lonely in a marriage terrifies the hell out of them! Now you’re free to do what you want when you want while remaining open to meeting someone new.

8. She knows divorce doesn’t mark the demise of family values. In fact, in a weird way, it’s a return to them.

Are you ready for a kick-a** secret that’s been tucked away from us? Most early hunter-gatherer societies were based on an egalitarian structure where men and women both contributed to the survival and both were openly sexual (as in, they chose a partner for family-building and lovers for dalliances).

According to Fisher, it wasn’t until the dawn of the Agricultural Revolution that things shifted. When the use of the plow was introduced, which required excessive strength to operate, the balance of power tilted. This change increased man’s social “importance,” as well as his personal wealth. To protect both, the idea of ‘woman as property’ and “permanent monogamy” (a.k.a. total fidelity on the woman’s part) came about and divorce became forbidden.

Men and women are now returning to a balance of both working, both tending to the children, and both having full sexual agency is nothing new. This is us simply returning back to the glorious balance we originally shared together.

So, I know you’re possibly worried about your next steps. You’re wondering what awaits around the corner. And that’s normal. As you look to your new future, I encourage you to stand tall, confident that you’re headed in the right direction. Feel proud for choosing to make a tough decision in order to live your best life and find the love you deserve.

If anyone tries to shame you for walking away, remind them that equality is rooted in biology, and science trumps shade any day.