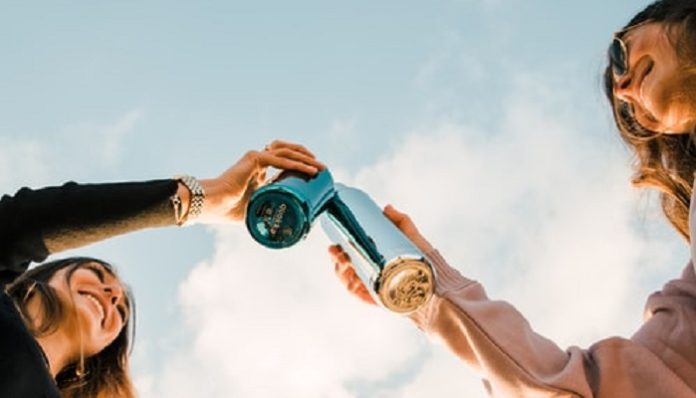 Being a 20-something-year-old who doesn’t drink at a party can be uncomfortable sometimes. Other people your age may think you’re weird and out of place.

I’m sober, but not for any particular, deeply personal reason. I simply hate the taste of alcohol and get even more anxious when drunk. So I don’t see the appeal in spending $10-20 at a bar on a single drink that I wouldn’t even want to finish.

I’ll have a sip just to try it. But 99% of the time, I’m having a bottle of water while everyone else goes for beers. And I’m perfectly okay with that.

So why can’t everyone else be?

People in their 20s who don’t drink hear so many insensitive statements from their alcohol-drinking peers.

Here are six of them and what people should be saying instead.

1. People who don’t drink are no fun.

Are they, though? Because I’m not exactly having a great time when people are tripping and throwing up around me from overdrinking.

People who don’t drink like to have fun in different ways. I don’t see intoxicating myself as a fun activity, but plenty of people do. And I don’t want to judge that. So why do others feel the need to judge me?

What to say instead: We’re going to have fun tonight!

Whether the person you are asking this to is an alcoholic or not, there is no good answer to this question.

If they’re not, you’re just going to get an answer of “uh… because I don’t want to.” If they are, you have potentially upset or triggered them.

People don’t owe you their personal information. If they want to talk to you about their relationship with alcohol, let them make that decision on their own.

What to say instead: Nothing! You really don’t need to ask this question.

3. I could never choose to be sober!

If your way of life depends on it, you can do a lot of things. It’s not easy for those struggling with addiction. So don’t make it harder for them.

What to say instead: You’re sober? That’s really good for you!

I’ve lost count of the amount of times friends, family, and creepy guys at parties have tried to pressure me to drink.

Fortunately, I don’t struggle with any alcohol addiction, so these are just minor annoyances that I give in to every so often (when I feel safe). But for alcoholics, this is a really dangerous thing.

Respecting someone’s wishes is really not that hard, so it’s time to stop acting like it is.

What to say instead: I respect your choices. Let me know if anyone is trying to pressure you.

5. Are you an alcoholic or pregnant?

You should never ask someone either of these questions in any context.

What to say instead: Again, nothing. Don’t be nosy!

6. I see. So everybody’s drinking except you.

Way to single someone out! It should be common knowledge that singling someone out on their differences is wrong. But some people seemed to have missed the memo.

What to say instead: You’re not weird, and you’re not alone.

Whether you’re drinking or not, don’t let anyone make you feel weird about it. It’s a very personal choice, and there is no right or wrong way to go about it.

No matter what, you are normal, and you can have fun in any way you want.

Feature Image by quokkabottles on Unsplash.