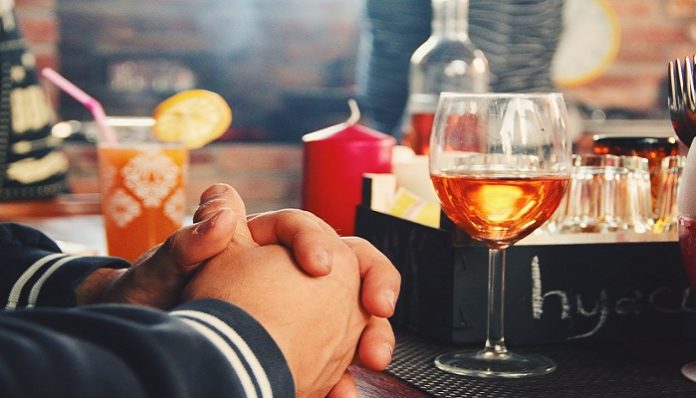 A while ago, I would be that person: The one who was drinking to “celebrate” any and every occasion. Eventually, it turned into drinking with friends with no reason to celebrate because that was the only way we knew how to talk. Miraculously, I could just take a couple of sips of my drink, and my social anxiety would be gone. I could talk to anyone about anything. It became a craft, even an art. What drink could I make from whatever I had?

Soon, I started drinking for almost any reason. A friend came into town? Time for a drink. A family member I don’t know how to talk to? Time for another drink. There’s a drink for everything! A drink because I made it through the day, a drink because I scored that job interview, a drink because it’s vacation! I just kept drinking to get through the rest of the evening, and when I felt horrible in the morning, I would take another drink to make myself feel a little better.

Eventually, I watched a friend get diagnosed with cirrhosis of the liver. I watched them suffer and end up in the hospital every week. Yet, they would pick up the bottle again every day and become the life of the party. I watched as they slowly wasted their life away. Finally, they passed away before the age of 30. It didn’t make sense.

When I was younger, I was told alcohol could do this to people. I was told it could kill people too.

I could see that my relationships were strained; they were different when I was drinking. I wasn’t myself when I was drinking. The decisions I made weren’t really mine. Instead, they were decisions drunk-me made. I became meaner, angrier, and more frustrated with people. I wanted another drink so I could be nicer. And I don’t know if I actually was nicer, but I thought I was. In reality, I wasn’t.

In fact, I was an angry drunk. I got easily irritated, said hurtful things, and then took their laughter of the people around me as something else. I didn’t realize how much my words were hurting people. It wasn’t only my words that were hurting people, though. My actions hurt people as well. They would see me drinking every day and every night, finding yet another reason to drink.

The people around me were suffering, but I didn’t know. Maybe, I did know, but I didn’t care. I felt on top of the world. That was until my friend passed away. Then, I saw how their family felt. There wasn’t a dry eye at that funeral. They were put into the ground before they were 30. I saw a mother have to bury their child — something no mother should ever have to do. Everyone at that funeral was suffering. After that, I didn’t want a drink.

A week later, I still didn’t want a drink.

It’s almost like the line from the song “Hotel California:” “Some dance to remember, some dance to forget.” I wanted to dance with alcohol to forget everything. But I didn’t want to be that person anymore. So I finally opened my eyes and escaped. Initially, using alcohol to escape felt like the best decision I’ve ever made. But now, I see that stopping my alcohol use was the best decision I’ve ever made.

I feel healthier now. My mental state is in a better place than it has ever been.

It hasn’t been an easy road, and I won’t lie that it has. I can’t say there aren’t days I’d love a drink. I also can’t say that it’s not hard fighting off those days. It’s also annoying to be asked why I’m not drinking. How can it be any fun without alcohol?

If you or someone you know is dealing with a substance abuse issue, please call the Substance Abuse and Mental Health Services Hotline (SAMHSA). It is free, confidential, and open 24/7, 365 days a year. 1-800-HELP(4357)