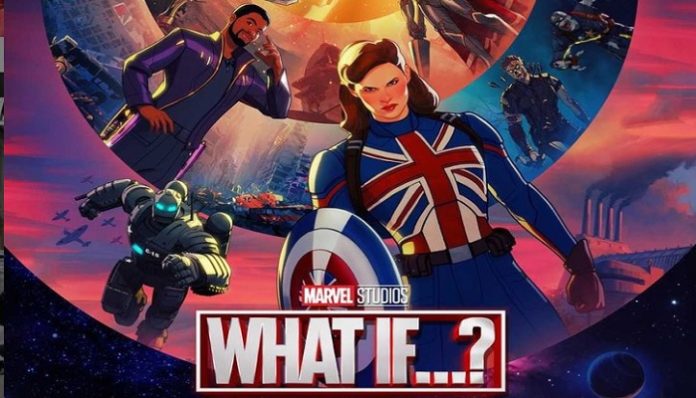 If you’re a fan of superhero movies, you’re definitely a fan of Marvel too. Marvel Cinematic Universe has been expanding for years now, and it recently started including shows available on Disney+. With WandaVision, The Falcon and the Winter Soldier, and Loki having already premiered, there’s more coming in 2021. So, without further ado, here are five Marvel movies and shows coming to our screens in 2021.

Have you ever wondered how things would turn out if Steve Rogers weren’t Captain America? What about if Doctor Strange went bad? If so, then this series is for you! This show will cover aspects of the MCU in a “What if?” style. We’ll explore what would happen if our beloved characters made different choices and if different things happened to them. In addition, this will be Chadwick Boseman’s last appearance as T’Challa in the MCU.

The Mandarin lives, and no one, not even Trevor, will be allowed to mock him. In September, we’ll get our first Asian-led Marvel movie with Simu Liu as Shang-Chi. I honestly do not know much of the character, but I’m always game for expanding the MCU and bringing in other heroes from around the globe!

Personally, I’m staying away from all news and trailers for this movie because I’m so excited about it! The movie is centered around a group of beings who have been on our planet since the dawn of time. It will follow the events occurring when they finally decide to interfere in the affairs of humankind. This movie is sporting a very diverse cast, so it‘ll surely have something for everyone.

There is an entire section of the internet dedicated to this movie. Even though there hasn’t been much news outside of Alfred Molina returning as Doctor Octopus, fans have been hyping this movie as the next Avengers: Infinity War. There are many theories, including that former Spider-Man cast members may be returning, such as Tobey Maguire, Andrew Garfield, or even Willem Dafoe. This movie holds loads of potential to be the best in the Spiderverse, but it’s always best to lower our expectations so as not to be disappointed in the end. But… Oh, who cares! BRING ON THE SPIDERVERSE!!! Mark my words: You’ll see the internet explode when the trailers for this movie drop — hopefully sometime soon!

Speaking of bringing in heroes from around the world, we’ll get Ms. Marvel in the fall of 2021. Ms. Marvel is a Pakistani-American that has recently been featured in the half-baked Avengers game from Square Enix. Again, I do not know too much about this character, but that’ll change once we get her origin story later this year.

There’s one more Marvel show coming to Disney+ at some point, Hawkeye, but not much is known about it. It’s set to premiere later in 2021 as well. As a Marvel fan, I’m excited to have the movies and shows back. It also seems that there won’t be any more delays, if any at all, so we’re back on schedule! See you at the movies!

Featured image via Disney+ and Marvel Entertainment on Instagram

Why You Need To Manage Your Expectations Before A First Date