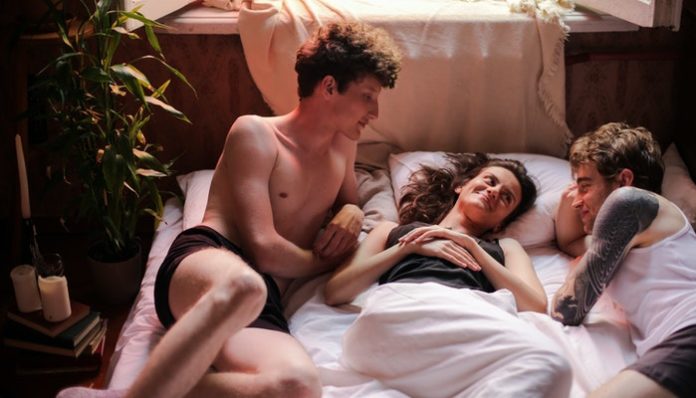 I’ve spent entirely too much time on Whisper lately. Most of the posts on the app don’t surprise me whatsoever. However, the number of men who post requests for someone to come have sex with their wives truly shocks me. What I didn’t realize, though, is that it’s not just a coincidence — it’s actually a new bedroom trend.

While the basics of cuckolding make sense, it does beg the question: Why would anyone enjoy this particular kink?

For many people, this fetish provides couples with a space to explore their sexual desires in a new and different way. In many ways, it’s a form of fantasy roleplay, which appeals to many couples.

Furthermore, certified sex therapist Joe Kort, Ph.D., LMSW says that this form of “eroticized cheating” turns the witnessing party on because they enjoy seeing their partner sexually satisfied. They may also enjoy seeing other people turned on by their partner because it means that the general population finds their partner as sexy as they do.

Meanwhile, the cuckoldress dominates one or both men involved, which can feel very empowering.

Note that cuckolding is not the same as cheating. Cuckolding still includes consenting partners and requires constant communication. It also involves everyone in the intimacy, albeit in a different way.

However, because many still interpret this fetish as cheating, it remains fairly taboo, even within the kink community.

If you want something more involved, you can send your partner out for a date or hookup with someone else and have them share the intimate details once they finish.

While cuckolding sounds a little strange, some people insist it’s improved their intimacy with their partner greatly. Just like any kink, it’s not for every couple, though.

What do you think about this bedroom trend? Is it something you would try? Have you and your partner already tried it out? Share your stories with us!

Feature Image by cottonbro from Pexels