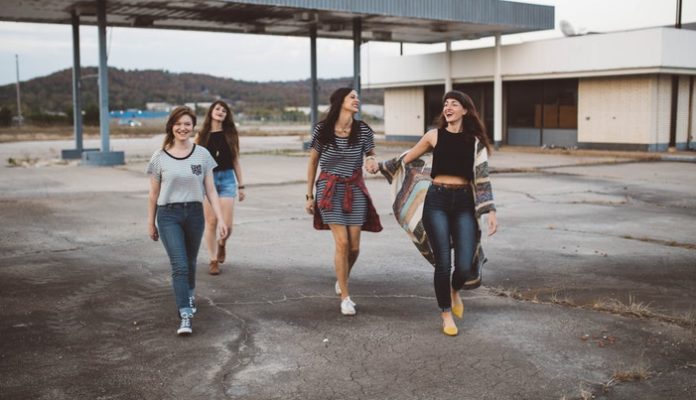 I can still hear men and women mumble the words “that’s not for girls.” When I was younger I didn’t realize that my freedom of rights came from the women who fought for it. I never realized how incredibly privileged I am to be living in a society where most countries allow women to live their lives freely by chasing after their dreams instead of living just to be a mother.

Living in today’s world as a woman is a lot better than what we had to face in the past. However, there are still so many things that need to be changed. Here are 4 reasons why you should be celebrating today.

An online survey that was launched last year shows 81% of women have been sexually harassed. Sadly, this is a reality us as women face every single day. Walking downtown as a woman and hearing men catcalling and making inappropriate comments is our normal. Can you believe that? We are living in a world where men can say and do as they please and us women are so used to it that most of us just ignore it and continue on with our day. We have to start standing up to these men so they know it’s not OK to make us feel uncomfortable.

2. Girls are still forced into marriage.

Child brides are still a real thing. In fact, this is just the norm in some countries such as southern Ehiopia. Around 700 million women in the world today were married before they were 18 years old. Most children that are forced into marriage are taken away from their family and expected to raise a family and look after the house. These children are robbed of their education and dreams.

3. There’s still a pay discrepancy between men and women.

Yes, this is still a thing. According to a recent study, the salary for women is 22 percent lower than the salary for men. Need I say more? Imagine if your coworker was a man, and the two of you did the exact same job but he was getting paid more. What would be the logical answer as to why companies do this?

4. Women still can’t make their own decisions about their bodies

Whether you believe in abortions or not, at the end of the day women should be able to own and control their own bodies. Why should someone else have the power to tell us what we can and can not do when it comes to our OWN body?

Those are just four reasons as to why we still need to celebrate International Women’s Day!

Women are awesome, women are funny, and women are smart! So, make sure that you are acknowledging today. Remember, we are in charge of shaping our future. So, support your local girl gang and continue to make a difference.

As you celebrate, remember that you’re celebrating because of working women, socialists and union workers who campaigned for the women today.

10 Ways To Become Friends With Your New Roommate