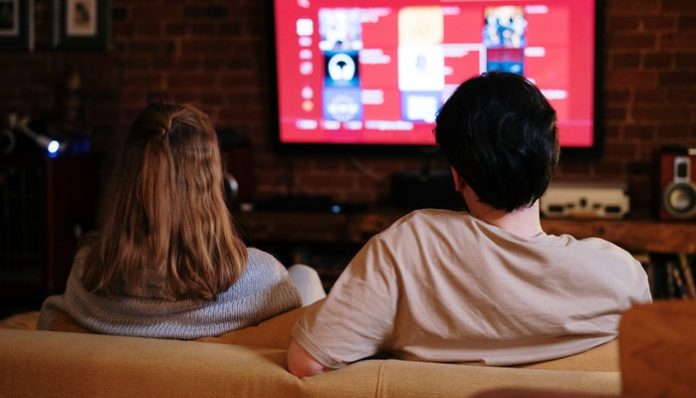 July is here! Once we’re done popping the fireworks, we’ll need to sit down, relax, and enjoy some new content on Disney+.

Here are the top five shows and movies coming this month.

In Marvel Studios’ new action-packed spy thriller, Natasha Romanoff (AKA Black Widow) confronts a dangerous conspiracy with ties to her past.

Marvel fans will be pleased with this addition as there has been no Marvel movie for two years thanks to COVID-19.

Being the first female-focused Marvel movie, this movie has great potential to make waves. The supporting cast is also something to look out for.

Black Widow will be available in theaters and Disney+ Premier Access for $30 on July 9.

We don’t know much about this new Pixar series besides that it takes place right after the first Monsters, Inc.

John Goodman and Billy Crystal will also be reprising their roles as Sully and Mike Wizowski, respectively.

New monsters and old favorites make up the supporting cast, so we’re bound to get some laughs from them.

The trailers show a brand new employee who is ready to get his scare on only to discover that the business has shifted its focus from harvesting screams to laughs.

Monsters At Work debuts on July 7!

Shark Week is back as Shark Fest on Disney Plus!

The god of thunder takes a break from the skies to focus on the ocean in all of her glory! Chris Hemsworth will educate viewers about coexisting with sharks after a slew of recent attacks off of Australia’s coast.

He brings along some additional incredible-looking shows about deep-sea predators including, Rogue Shark, Orca vs. Great White, When Sharks Attack, and many more.

The marine animal lover in all of us will be spoiled starting July 5.

Disney has put on their ride adaptation hat once again and turned one of Disney World’s most beloved rides into a feature film.

The movie tells the story of Dr. Lily Houghton, a researcher who journeys to the Amazon to find an ancient tree with healing abilities. She enlists Frank Wolff to guide her down the river on his boat.

Jungle Cruise will debut in theaters and on Disney+ Premier Access on July 30.

5. Turning the Tables with Robin Roberts

Robin Roberts leads a show about women who have overcome great odds. Learn about their trials and tribulations and how they pushed back against the hurt to find success!

All four episodes will be available on launch, so no need to wait week to week.

Turning the Tables will debut on July 28.

There’s much to look forward to this month, this list only being a few notable examples. Hope you enjoy all of the great content coming very soon! I know I will!

How To Truly Forgive Anyone Who’s Wronged You (Including Yourself)