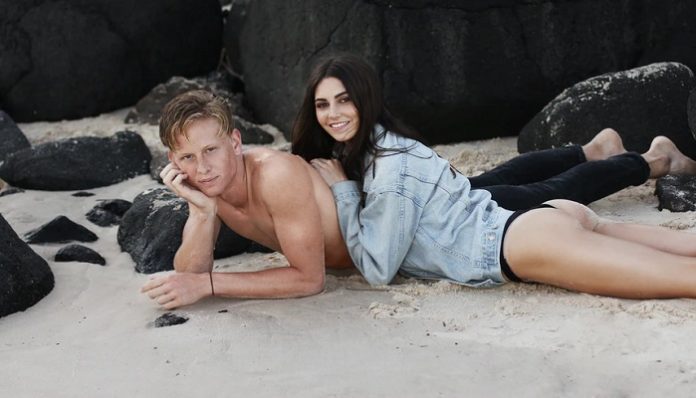 You tell me you don’t want to label us because labels ruin things. Let’s just take things casually and see where they go. You have a point: Why rush something that potentially could be good? But then the thoughts of reality sneak in: Am I in an almost relationship or situationship? Am I being gaslighted, or breadcrumbed?

The “What are we?” conversation causes both people to shudder. Everyone has different opinions on what the relationship or bond should be defined as. That very question could have caused overthinking for weeks before, but it’ll always be brushed under the rug when I’m with him. He can’t know how I feel yet.

It’s not like I want to get the girlfriend title right away by any means, because I do believe that rushing it could be bad for both parties. But, what I do need is some sort of title or label as to what we are, or even some expectations or ground rules. I need to feel safe emotionally and I can’t put that aside any more.

Every person deserves some sort of clarity when it comes to dating. No one should ever feel bad about needing that because you are protecting your heart.

Certain things need to be clear in order for me to feel comfortable, to feel wanted or loved. I need to know if I’m the only girl you’re talking to or if we are allowed to flirt and talk to other people in a more romantic way. Your expectations need to be obvious. If I’m not the only girl, I’ll need to reconsider where this is going and what I want. I understand a label might be scary or overwhelming, but don’t I deserve to know how you feel in order for me to give you more of what I have?

I have no problem with walking away from something that I know will hurt me in the long run.

This expectation not to have a label but to continue living as though we have one is unrealistic and hurtful. I shouldn’t have to be surrounded by doubts and absorbed with thoughts of you and me. Most girls are not “chill” enough to let that slide.

I’m at a stage in my life where I’m done with doubt and waiting around. If you want to take me on dates, introduce me to your family and friends, and act like a freaking couple, you should be able to own up to your own damn feelings and express them to me. You don’t need to go into detail, but is this going somewhere or not? Do you like me? Why is this such a hard concept for people to understand? If you can’t give me a label at least give me honesty.

I can’t keep opening up and becoming vulnerable with people who refused to give me honesty or a label or some sort. Hell, you could use the term “exclusive” or “dating” and I’d be just fine. It doesn’t mean we’re officially “boyfriend/girlfriend,” but at least I get the respect of my feelings being considered and some sort of confirmation of commitment.

I like to know where things are going. If I’m with a guy, I’m with a guy. Is it wrong to want 100% security and reassurance that you want this relationship as much as I do? I won’t settle and I won’t be cool with these conversations being brushed off for another time. There needs to be proof you care as much as I do. It’s the least you could give.