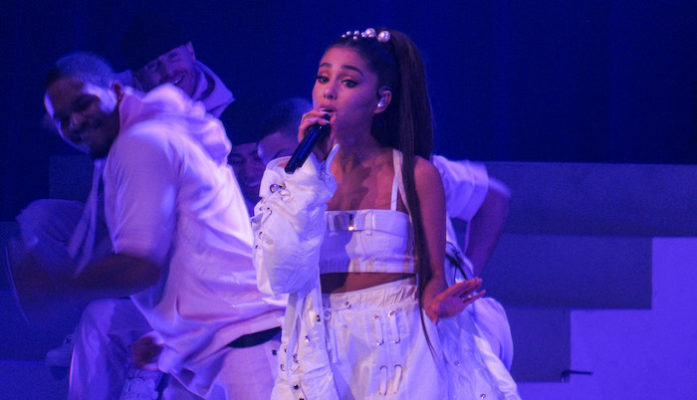 We all miss the Jeopardy and Bingo games from grade school. The good news is that we can still play them, especially on days like National Trivia Day. This special day was first celebrated in 1980. If you’ve ever competed on a trivia show or competition, now is your time to shine. In order to celebrate National Trivia Day, we’ve curated 21 quiz questions (2021 much?) for the Pop Culture nerd.

Are you ready to begin? Let’s Go.

1) Which of these middle names is not one of the Kardashian-Jenner sisters’ middle names?

2) Which of these languages can Natalie Portman not speak?

Portman’s native language is Hebrew, but she can also converse in French, Japanese, German, and Spanish.

3) Which one of these songs were not performed or produced by the now-disbanded K-pop band Girls’ Generation?

That song is produced by Wonder Girls.

4) Which of these celebrities have yet to release a makeup brand?

Grande has only released a perfume collaboration. Although she did become MAC Cosmetics’ Viva Glam spokeswoman, she never released her own makeup brand with her own name.

5) Which high school did The Weeknd go to?

6) Which of these celebrities are immigrants along with their parents?

Rita Ora was born in Yugoslavia, now known as modern-day Kosovo, to Albanian parents before immigrating to London in 1991.

7) Which actors/actresses have participated in a movie that won the most Oscars?

Note the wording of the question: in a movie that won the most Oscars. Kate Winslet was in The Titanic (1997).

8) When did Walt Disney release his first full-length animation film?

1937 is when Walt Disney released his first animated film Snow White and the Seven Dwarfs.

9) What was the first single that Taylor Swift released?

Tim McGraw was the first single that Swift released, and it landed in the Top 10 country charts.

10) Which artist has not yet collaborated with Kanye West?

The WAP superstar has not collaborated with Kanye West as of yet. Eminem has rapped on Kanye West’s Dr Dre Remix of Use This Gospel.

11) Which of these celebrities love the colour Pink?

a) Beyonce
b) Nicki Minaj
c) Kylie Jenner
d) All of the above.

Answer: d) All of the above

12) Which celebrity’s father is a former MMA fighter?

c) Shawn Mendes
d) None of the above

13) Which of the following K-Pop band(s) have/has performed at Coachella?

Believe it or not, BTS has never performed in Coachella.

14) Which of the following is the band with the largest amount of members listed below?

They currently have 148 members in different teams.

15) Which of the following actors/actresses have trained in acrobatics?

She was a trapeze artist before becoming an actress.

16) Which of the following celebrities has/have worked at Deloitte?

Lui has worked at Deloitte in Toronto before becoming a Marvel Superhero.

17) Which of the following singers have won a Latin Grammy award in 2019?

Camila Cabello won “Record of The Year” in 2019 along with Alejandra Sanz for the song Mi Persona Favorita.

18) Which celebrity’s child has created a fashion brand?

McCartney’s daughter Stella McCartney has her own clothing brand.

19) What Pixar film did Ellen DeGeneres participate in?

Believe it or not, Ellen voiced Dory in Finding Nemo.

20) Which of the following actors/actresses started their own production companies?

Answer: d) All of the above

These actresses all started their own production companies.

21) Which of the movies below had their own spoken, custom-made language?

a) A Clockwork Orange

Answer: a) A Clockwork Orange

The language spoken is Nadsat, which is an artificial language mixing both Russian and English.

If you score between 80-100%: Wow! You’re a pop culture whiz! You for sure can never be tricked and know your stuff.

If you score between 70-79%: You still know a lot of your stuff. Why not make your own quiz to impress your friends?

If you score between 60-69%: You still got most of the questions right and don’t worry, some of them may be tricky. But keep on trying and keep going.

If you score between 50-59%: You borderline passed. You perhaps need to keep up with more news for a better score.

If you score less than 49%: Trivias are hard but keep on trying. Read up on more stuff and continue to see your progress. After all, not everyone fully knows about every pop-culture related event. But “who says that you don’t have star potential?”

Congratulations on completing the Trivia quiz. If you got over 90%, you’re the Pop Culture Queen or King. But regardless of the score, we hope you learned something new and fascinating about media and celebrities. The entertainment world is always changing, and keeping up with current events isn’t easy.

With that being said, what quiz would you make on National Trivia Day? Let us know in the comments below.