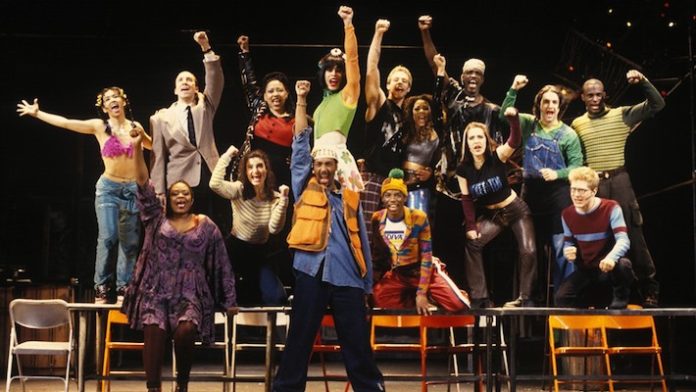 With the spread of Coronavirus – alternatively known as COVID-19 – many restaurants and places of entertainment have shut down worldwide. As of March 12, New York City’s famous Broadway, which is home to many plays, has gone dark.

However, even though Broadway may have shut down temporarily, there are still many streaming services where you can watch musicals and feel the joy that theatre brings once again.

Here’s a list of the musicals each streaming service is offering their subscribers (and non-subscribers!)

Playbill.com has released 15 different plays and musicals for streaming during the COVID-19 epidemic. The selection includes Rent, Cats, Company, Falsettos, Sunday in the Park With George, Nicholas Nickleby, Billy Elliot the Musical, Elaine Stritch at Liberty, Into the Woods, Kiss Me Kate, Peter Pan, Present Laughter, Sweeney Todd, She Loves Me, and Newsies. It’s a wonderful way to spend all the time that we now have while we’re social distancing.

Disney+ has a special section dedicated specifically to musicals. They have both Disney musicals as well as your favorite classics like Sound of Music.

Moreover, the range of movies and shows Disney+ offers is extremely wide. There, you can watch classics and Disney-produced musicals such as Newsies, Lemonade Mouth as well as spin-off series such as High School Musical: The Musical, The Series and an original series called Encore! This particular show tells the stories of musicals put on by high school students who are now adults and follows the former performers as they reprise their roles as adults.

Hulu offers many movie adaptions of classic musicals with your subscription, including Les Miserables, Mama Mia!, Chicago, Rent, and West Side Story. Whether you like the drama of Les Miserables, the rock of Rent, or the love story of West Side Story, there are many options for you to watch during your social distancing or quarantining!

Amazon Prime offers many musicals and music-based shows available for streaming. While some require an additional charge besides your Amazon Prime membership, not all of them do. They offer a variety of movie musicals such as Carousel, Fiddler on the Roof, Hello Again, King Lear, Kiss Me Kate, and several others. Hamilton: One Shot to Broadway is a great musical-related movie about the making of the famous Hamilton.

Netflix has a great mix of both plays and musicals for everyone’s taste, including Jersey Boys, Oh Hello on Broadway, Springsteen on Broadway, Shrek the Musical, Sweeny Todd, Mike Birbiglia, and American Son. Moreover, they have classics such as Burlesque, Mary Poppins Returns, and Glee.

Whether you’re a theatre lover or just looking to pass the time while COVID-19 runs its course, be sure to check out some of these great plays and musicals that will help you celebrate World Theatre Day!

The Only Person Holding You Back From Your Goals Is You