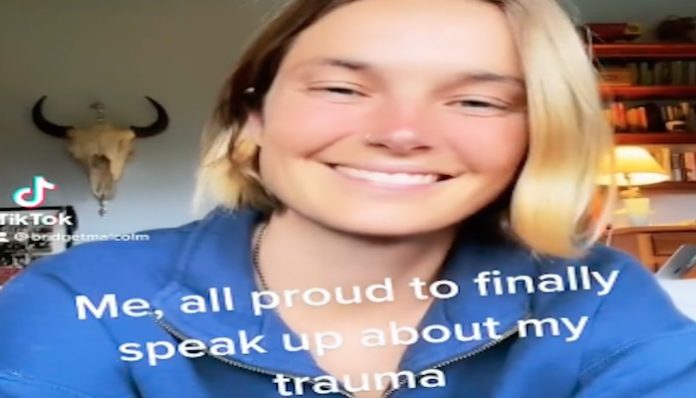 We all know that the modeling world can be cruel and put undue pressure on those in the industry.

And we associate female models in particular with long legs, smooth skin, and tiny waists. Personally speaking, I don’t think I know anyone who has all three of these qualities. But in addition to being unrealistic, the modeling industry is full of dark secrets. Victoria’s Secret model Bridget Malcolm is exposing those secrets to the world.

According to BuzzFeed, Malcolm has lasting trauma from the horrible events she survived as a model.

She shared that she faced pressure to do drugs and have sex underage to keep her weight low. She was also sexually assaulted and was even rejected when her bra size increased. Malcolm’s experiences led to years of struggles with PTSD, anorexia, and depression, and her mental health spiraled when she had a nervous breakdown on her 26th birthday. Following her breakdown, Malcolm couldn’t leave the house without panicking.

Unfortunately, Bridget Malcolm isn’t the only model that the modeling industry harmed.

The modeling industry is slowly making changes, but many industry shifts come in response to models banding together and demanding change. Over 40 models collaborated on a letter requesting reasonable accommodations on the job, like meal breaks. The sad truth behind these changes, though, is that if models didn’t speak up, they wouldn’t have basic workplace rights.

No one is protecting our models even as their workplaces abuse them.

The good news is that you can be a catalyst for change in the modeling industry. Share your thoughts on Instagram, and push for brands to include more diverse bodies, like Target and ModCloth have already begun doing. The more the world knows about how destructive the modeling industry really is, the more power we all have to make it safe, uplifting, diverse, and body-positive.