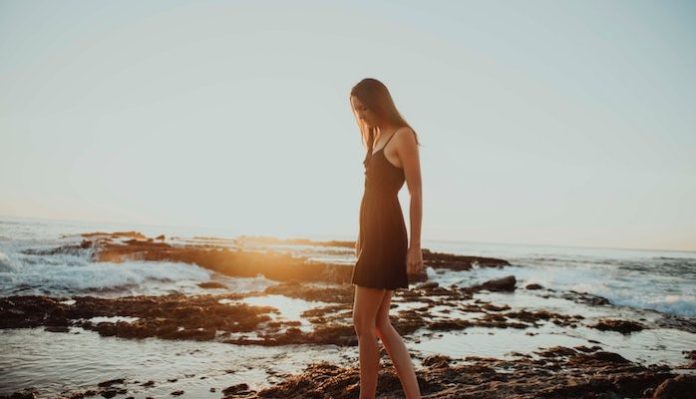 I’ve always been tall. At 16, I topped out at 5’11”. An inch shy of six feet, I was told I had two occupational choices: modeling or basketball. I chose neither, mostly out of spite. In my mind, tall equaled big. I longed to be petite. Adjectives that were supposed to define girls, like “dainty” or “cute,” don’t seem to coexist with “tall.” And in fairy tales, the princess never towers over her hero; he has to be able to scoop her up onto his white stallion to save her from the foul dragon. While other girls were looking up at guys batting their eyelashes, I found that dating as a tall woman made it impossible to look coyly standing eye-to-eye.

Shopping was no picnic either. Everyone told me they would “die for long legs,” but they didn’t realize covering them was a chore. There were no inseams long enough (this was before the handy Capri pant came into style), and most skirts made me look like I was headed to work the street corner. And shoes? As birthdays crept by, it became increasingly difficult to look dressed-up wearing flats, but I did my best.

In college, dating was a nightmare scenario that loomed all too vividly in my mind.

I could see a dashing young man across the room. Our eyes meet, there were instant fireworks, dramatic music began to play, he approached and… the record scratched. He would be looking directly at my chin.

Thus, while other girls were “shoe fanatics,” I merely lusted after gorgeous shoes I could never wear. I couldn’t bear the thought of being taller than even more guys than biology had dictated.

I did try heels. Once. When I was 18, I found an amazing pair of wedge heels too fabulous to pass up. The first time I wore them, I was with my best guy friend, who was also 5’11”.

His exclamation of “Did you grow?” promptly curbed my heel fixation.

When I began frequenting the weekly karaoke night at Neighbor’s Pub, I met a gregarious, smooth-talking airline pilot from Queens. In shoes, Shane stands 5’7″. His height instantly relegated Shane, along with many other men I’d met in my lifetime, into the undatable category.

One night during a fabulous dance tune, I grooved my way over to him.

“Wow, you’re tall,” he commented. My visceral reaction was to push him, showing my offense. (Note to self: Dainty girls don’t shove men across bars.) After five months, Shane and I had our first real conversation. He was intelligent, witty, and extremely attractive. Something came over me. When he asked me out, I accepted.

Our first date was one to write home about. Good conversation, lots of laughter, and chemistry so thick I could hardly breathe. Through his man-speak, Shane let me know it wasn’t about stature, it was about confidence. This man was so secure in himself that our height difference didn’t matter. His confidence began to subtly rub off on me. I didn’t realize it until one day I found myself buying a pair of heels. Apparently, I didn’t need therapy to deal with my issues; I just needed one really good date.

Three years later, Shane and I are still together, and my closet is lined with four-inch heels. At first glance, I’m sure Shane and I appear to be an odd couple, but he has given me an invaluable gift of dating as a tall woman. In my fairy tale, my hero didn’t rescue me from a dragon, he saved me from something far worse: a life without fabulous shoes.

Photo by Jenna Anderson on Unsplash

Why Avoiding Conflict Is A Bad Sign In A Relationship