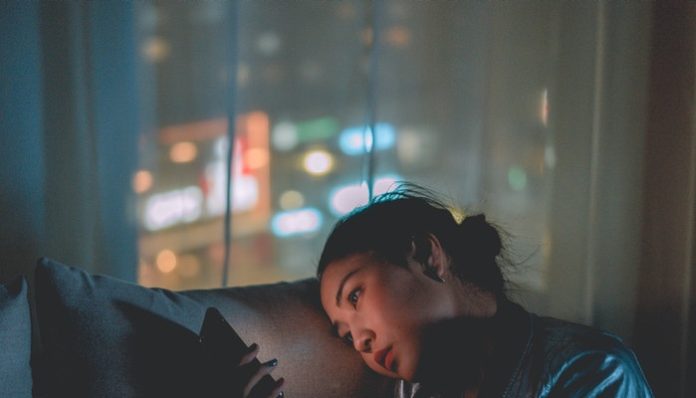 Welcome to “Ask Ada,” a weekly series in which we answer all those burning questions you’d rather not share aloud. Buckle up for some brutally honest advice! Today we talk about all the feels after a relationship ends.

I’ve been pondering your question for a few weeks now. On the one hand, it doesn’t have its own entry in the DSM 5. On the other hand, though, a toxic relationship can have  lasting impact on you, as would any stressful event.

So, a counter-question for you: Do your feelings need to be a diagnosable disorder f to be valid? Do you need a medical seal of approval to look after yourself and your personal healing? Hell no.

At the same time, we live in a world that loves to victim-blame. And we also know how difficult it is to find our footing after a breakup.

Contrary to popular belief, a toxic relationship doesn’t always end in a big blowout, where  one party finally sees the other as the manipulative monster they have always been. There aren’t always bruises and raised voices or even a big, egregious boundary violation. More often than not, toxic relationships only reveal themselves over a long period of time. The relationship starts off well then escalates slowly through a series of small slights and insults until it breaks under the cumulative strain of the issues.

At first, leaving a toxic relationship isn’t usually a source of relief. More often than not, it’s stressful trying to figure out what happened, piecing together a sense of reality, and trying to rediscover your own self-identity. It’s stressful and scary and a lot of really hard work – even if you have a good support network.

So, to return to your question, leaving a bad relationship can leave you feeling stressed and upset. That’s a perfectly normal reaction.

As for calling it a “disorder,” I have mixed feelings.

If the “disorder” label helps you put a definition or framework around your feelings (i.e. “I was out of a bad relationship, I need to take some time to myself to recalibrate and heal”), then go forth and use it. As far as I’m aware, there’s no set therapy for “post-traumatic relationship disorder,” but you can draw on a lot of other useful resources to help yourself.

However, I personally don’t like calling it a “disorder” because pathologizing your post-breakup feelings is a slippery slope. What would being diagnosed involve? Where would the cutoff point be? How would we measure the exact toxicity of a relationship?

In my experience, labels like this are  rarely for you and more for others’ benefit. It’s an attempt to get pushy friends and relatives to back off. It’s trying to shore up a boundary when you feel deeply vulnerable. This is not not a bad thing, per se, but you need to be very clear about what you feel. If you’re trying to recover from a toxic relationship, and your social circle demands that you “forgive and forget” or “get over it already” or “stop being such a drag” or “start dating again before you die all alone…”

…then the problem isn’t what you call your feelings after your relationship ends. The problem is that your social circle is full of assholes.

Feature Image by mikoto.raw from Pexels

20 Guys Share What Instantly Makes Them Lose Respect For Other...

What You Can Expect This February Based On Your Zodiac Sign