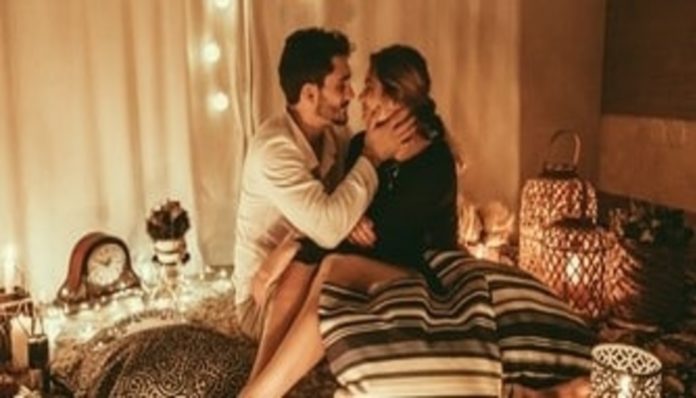 My husband and I spent countless hours deciding whether or not we should stop having kids.

Financial stress, previous miscarriages, and my experience with postpartum depression all contributed to our decision for my husband to get a vasectomy.

But that didn’t stop my mother-in-law from adding in her two cents when she rifled through the vasectomy paperwork sitting on our desk (after she arrived house unannounced and let herself into our house when we weren’t home).

The Catholic church forbids birth control of all types. (No condoms, no pills, no dental dams, no sponges, no spermicide, no IUDs, no hormonal patch or implantation, no tubal litigation, no vasectomy, no nothing.)

I rolled my eyes when my husband told me about his mother’s indiscretion.

Still, I decided that I could forgive her for her verbal vomit upon finding the vasectomy paperwork. After all, I understand that her religion is deeply important to her, and it’s hard for her to see her child and his partner not following the laws of the church.

But the next week, she decided to take it a step further and give my husband a “present” behind my back: a book on “natural” sex and why the teachings of the church against birth control are so important in keeping a strong marriage. This was no accident or slip of tongue – this was a deliberate overstep of mother-in-law boundaries.

Having strong personal beliefs is fine — but trying to decide which reproductive choices are best for me and my family? That isn’t OK by any stretch of the imagination.

My mother-in-law never considered why we chose this path instead of another. Instead of opening up a dialogue, her actions told my husband that he was wrong and told me that my needs didn’t matter.

I’ve wrestled long and hard with the decisions I’ve made in regard to motherhood. The decision to stop having children wasn’t an easy one to make. But my husband and I ultimately decided that a vasectomy is best for our family.

To suggest that I haven’t weighed my options carefully enough is an insult. I’m a grown woman, capable of making sound reproductive decisions. The theologian who wrote Sex Au Naturel doesn’t get to tell me what to do in the bedroom. And guess what? My mother-in-law sure as hell doesn’t get a say, either.

Long story short: My husband quietly went forward with his vasectomy, and we’re both tremendously happy about it.

We felt completely decisive, and I know beyond a shadow of a doubt that we made right choice.

My mother-in-law, however, still doesn’t know that my husband got a vasectomy. We hid any evidence and told her that my husband suffered a running injury when she stopped by and found him limping post-surgery.

Even if my mother-in-law never finds out about our vasectomy decision, I’ll l forever feel her judgment hanging over our relationship. But at the end of the day, our reproductive decisions are our choice, and other people’s opinions can’t change that.

Written by Alex Alexander on YourTango.

I Don’t Want My Love Story To Start With Tequila And...