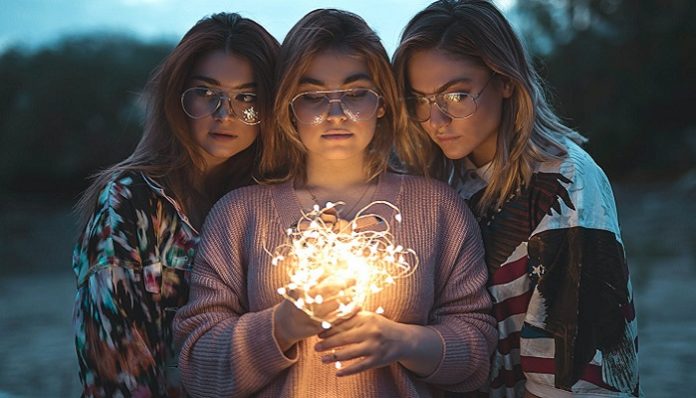 ‘Us girls need to stick together!’

How many times have you heard someone say those exact words? Probably too many to count. But how many of us actually mean it anymore?

We’ve learned about girl code from Beyoncé and a lifetime of chick flicks, and it’s something we should be swearing by – it’s an unwritten law of womanhood! And although there are no set rules, we all know the general idea. Improving women’s rights is something that’s been on all of our minds these past few years, and female empowerment is stronger than ever – so shouldn’t we all be feeling the love?

Instead, us Gen-Y girls seem more interested in tweeting about female empowerment rather than actually remembering what it’s supposed to stand for.

Here’s a few rules of the code we seem to have forgotten:

1. Always help a girl who is receiving unwanted attention.

You see a girl getting creeped on by a guy who clearly can’t see that she’s not interested. She’s looking stressed out and can’t get away. Walk over, say you’ve been looking for her. Help a sister out!

This has only happened to me once and it was an absolute lifesaver. I was at the bar, my friends had gone to the bathroom, so I was buying drinks on my own. A guy walks up to me and keeps asking for my number and to buy me a drink. He’s so drunk he can’t even string a coherent sentence together. I keep trying to move away from him, but he won’t listen. This girl I’ve never seen before walked over to me, gave me a hug, and told me our lift was here. We got outside and she just said ‘You looked like you need saving!’. We’re still friends now.

Why do we need to become enemies with every single girl we meet just because they’re a girl? We are not all in constant competition with each other, so actually be nice to another woman without the sly bitchy commentary afterwards.

We all want success. We want to do well and be an empowered woman, so why do we allow jealousy to make us devalue the achievements of other women trying to achieve the same things?

We should be lifting each other up, not tearing each other down. Buy that girls new song, try on the clothes she made, or the makeup she sells, rather than trying to belittle their success. How can we expect people to support our achievements and successes if we can’t accept anyone else’s?

4. Tell a girl if you think their partner is being shady

If you see your girlfriend’s SO out on a date with another girl, say something. If they try flirting with you, you kick their ass then tell your friend. It’s not a pleasant conversation but it’s got to be done. A few years ago, I used to talk to my friend’s boyfriend all the time, I thought we were friends too. Till the requests for nudes came, and I quickly told him where to stick his nudes and told my friend her boyfriend was a cheat.

I didn’t laugh at her, or pity her for having such a bad man, I told her the truth and let her figure out what she wanted to do.

5. Always tell a girl if she’s having a wardrobe malfunction.

If their nipples are showing through their top, if their jeans have ripped, if they’ve smudged their makeup – just quietly tell them rather than giggling in the corner. Honesty is the best policy, and they’ll just be happy you’ve told them so they can deal with it.

So, there you have it, five quick and dirty tricks to lifting up the women in your life rather than tearing them down. While there are so many girl code rules I could write about, I think these few points are enough to get us started in the right direction. So, grab yourself some girl power and don’t forget the code!