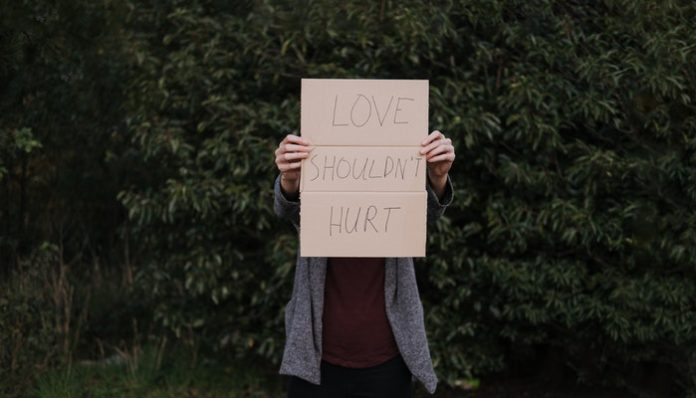 As women and girls, we learn young that there isn’t a good or safe way to reject a man. When I was in eighth grade, before I was even allowed to go on a date, I broke up with a boy I was “going with”. At track practice later that day, he threw a giant stick at my face and broke my nose.

There was never a moment in my mind when I didn’t think that broken nose was my own fault.

Somehow, his choice of violence was never his fault — and he was never punished. I guess because I rejected him.

As a parent of older kids, I see how our boys are still woefully unprepared for romantic or sexual rejection. This seems to be the beginning of sexual harassment. It’s also the beginning of boys being taught that they deserve the attention of girls and that they have a right to a girl’s attention, should they want it. And that is dangerous.

And so it lands on us, the parents of boys, to help make the world safer.

Nobody thinks their child is going to grow up to be a rapist, a bully, or one of those men who chase women down the street, hurling insults after she refused to share her phone number — but every single one of those guys was somebody’s baby. So how CAN parents teach our boys to handle rejection better?

It can start young, and boys and girls can use these skills to help them have better friendships and relationships. Handling rejection with grace and respect can help them in their future careers, too.

Here are a few quick tips to help us get started:

1. When your child feels rejected, let them feel their feelings.

Give lots of hugs (if your child wants) and let them cry or vent, if needed.

Show your child that you’re there to listen so that he or she doesn’t just bottle up their feelings. Bottled-up feelings eventually explode, and that’s when you’ve got a serious problem on your hands.

This is where the “man-up” and “be a man” type of parenting becomes so dangerous. Our boys have feelings, just like our girls. And a breakup or friendship issue is going to hurt them, just like it would hurt our girls. They deserve a special trip for ice cream or a fun movie night with family just the same.

2. If your child isn’t chosen for a team or to go to a party, resist the temptation to blame the other children or the coaches.

When it comes to parties and playdates, explain that sometimes you can’t invite everyone in the class. Point out that the child hosting the party or playdate probably didn’t mean to hurt your kid’s feelings, and try to walk in the other child’s shoes to understand that it just might not be personal.

When it comes to sports, there will always be someone better than you, even if you’re Michael Jordan or Odell Beckham, Jr. You won’t always be picked for the team, you might not make the cut, and you can respond by working harder and getting better or you can just get mad and blame the coach

Giving our kids everything they want, or giving in when they beg, only encourages attitudes of entitlement.

Every grown-up knows that life is full of rejection, and as parents, we have to say “no” to our kids — not just to keep them safe, or because we can’t afford something they want to buy — but also so that they learn that “no” can be said with love, and that healthy relationships have boundaries.

4. Watch movies together where someone’s heart is broken.

Most movies feature a love interest, so it’s easy to find examples for kids of any age. Point out examples of healthy love and unhealthy love, of kind and unkind behavior, even with little kids. The movie Frozen offers many opportunities to do this with little ones.

As kids get older, use movies like Harry Potter or The Princess Diaries to show how people react differently when they are rejected.

5. Separate out self-esteem from social acceptance.

Create a distinction between self-esteem and social acceptance starting at a young age. Everyone should be taught that other people’s opinions don’t matter. Having confidence in ourselves is more important.

The more your child learns that he can, and will, survive a social rejection, the easier it will be for him to handle romantic or sexual rejection as he grows older.

But the truth is, our kids’ hearts aren’t different than ours were at their age. Be tender with them and teach them to have empathy for others.

Helping to end this epidemic of domestic violence and violence toward women (and tragic bystanders) is worth the effort of teaching your boys some new ways of thinking about rejection.

As parents, we have the opportunity every single day to make the world better by parenting thoughtfully and thinking about how to raise kids who can make the world a better place.

It’s in our hands, and that’s a beautiful thing!

For The People Still ‘In The Closet’ On National Coming Out...