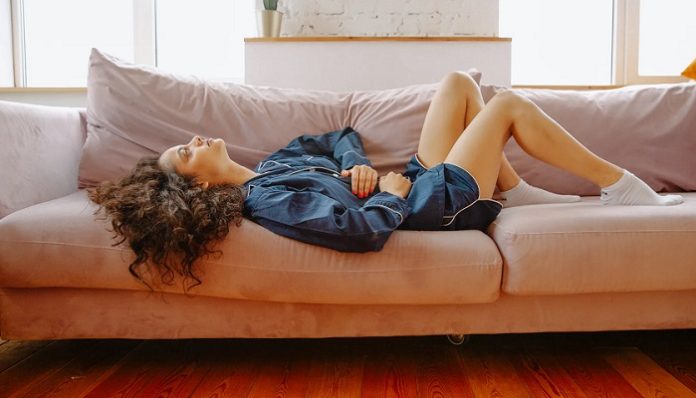 I was ten years old when I got my period. It was a September day and some girls from my neighborhood and I had just gotten back from 7-Eleven with a slush and candy. I had to use the bathroom, so I told my friends I would be back. I went, and as I looked down at the toilet paper there were two brown streaks. I froze. I knew what it was, but I was still scared. I went back to my friends and pretended nothing had happened.

That night, I hesitantly approached my mom. I didn’t want to tell her, I didn’t want it to be real. I wasn’t ready to grow up. I sobbed as I told her. She comforted me and went out to buy me pads. I vehemently refused them. The following day I went to a friend’s house with toilet paper in my underwear, I would not wear a pad.

Eventually, I caved to the idea of pads. The pads my mom bought me were small and meant for light periods. A night or two later, I woke up covered in blood. The thin pads were not enough, and blood covered my underwear, legs, and pants. I was terrified. I thought I was losing too much blood and that I was dying, I had never seen that much blood in my life. I hid the underwear in my closet and cried in my room.

I soon found that heavy bleeding would be the norm for me. I got used to changing pads every hour or so. I got used to severe cramps, back pain, and dizziness. I got used to hot flashes that made me feel like a menopausal old woman. I could not, however, get used to the debilitating mental and emotional symptoms.

Like clockwork every month, the week before my period was hell for not only me, but my family as well. My eyes would glaze over and I would sit on my bathroom floor hysterically crying. I would start fights with my parents and my little sister. I would scream that I wanted to die and asked my mother if drinking Windex would kill me. Around the same time this was happening, however, I was beginning to struggle with depression and anxiety, so my erratic behavior was labeled depression and not something else.

The monthly behavior kept getting worse. My emotional state was poor throughout the entire month, but once a month I was severely suicidal and for lack of better words, out of control. It was not until the 7th grade that my doctor finally gave me the diagnosis of PMDD.

PMDD, or Premenstrual Dysphoric Disorder, is a severe form of PMS that affects approximately 3-8% of menstruating women. Having PMDD is like someone took PMS and cranked it up about ten notches. The emotional symptoms are worse, and so are the physical ones. They’re debilitating enough to interfere with daily life, relationships, and even safety as suicidality is a common symptom.

Although scary, PMDD is treatable. It can be treated with antidepressants or birth control pills. I have tried both and they were both successful in helping me manage my symptoms. Birth control helps with not just the emotional symptoms, but the physical as well.

To all those who say that women are over-emotional, crazy, or sensitive because of the way they act in the time around their period, it is beyond that. PMDD and PMS are very real and can be extremely debilitating. It’s not a dramatic overreaction or a fault in a woman’s personality. It is a diagnosable (and treatable) illness. If a woman in your life becomes unsafe and unstable each month before her period, it’s possible that she has PMDD. PMDD causes real and severe symptoms and is no joking matter. Talk to your doctor if you think you’re exhibiting signs of PMDD. Don’t let anyone ever sweep it under the rug by saying it’s “all in your head”.