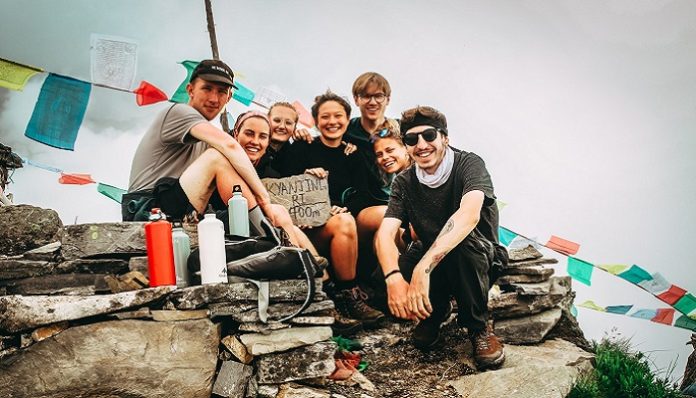 I have to admit that I have not always had the easiest time making new friends. This dreaded task has always been based on introductions from other people who hoped I would like the newly-met person and that they would turn into a friend.

You can search for a new friend in a common way (roommates, coworkers, sports team members). However, you can also find them at the unlikeliest of places (Starbucks or in line at the airport). Trust me, you can make friends anywhere.

However, I can safely say that as I’ve gotten older, I’ve realized that in order to have a balanced life, I need to have friends and I can’t be a hermit forever. Also, I need to replace the ones that I’ve lost along the way.

Over the course of my life, I’ve moved around various states, lost touch with friends, had falling outs with them over the pettiest things, and ultimately cut people out of my life. However, letting go of friends is a great way to purge your heart and your mind to make room for people who actually deserve it.

Nevertheless, the problem is that, as an adult, making new friends is a bit trickier. I’ve managed to gain some new friends in my mid to late 20s thanks to my friends entering new relationships.s However, I wonder how else I could form meaningful friendships without putting in much effort.

Luckily, there are plenty of ways to make new friends as an adult.

You can join an adult recreational sports league (only if you enjoy adults acting like fools over a game of kickball):

You can meet new friends through a networking event:

Try hanging out at a bar and strike up a random conversation! (LOL, let’s be real, millennials are not making conversations with complete strangers):

Whatever method you choose to get that new person in your life, remember that it should be fun and easygoing. Friendships, just like Rome, are not built in a day. It takes time to make a true, genuine connection with someone, even if it’s just platonic.

So, in honor of National New Friends Day, make it your mission to go out and find a new friend. You can never have too many of them! Tell us in the comments what was the best way that you’ve made a new friend as an adult!