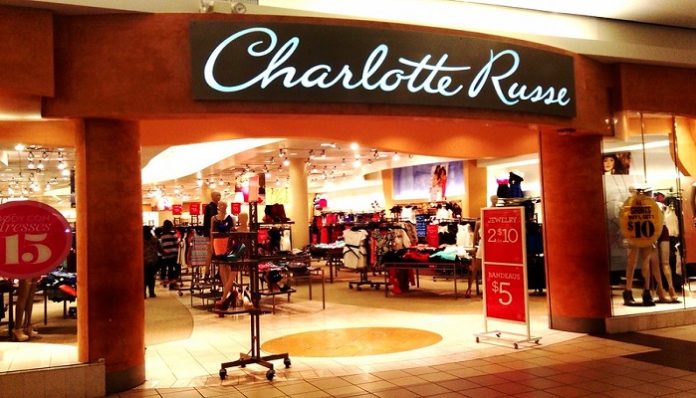 Charlotte Russe will be closing all of it’s stores over the next two months.

The company filed for bankruptcy protection in February and planned to close only 94 of 512 stores throughout the US. They hoped the bankruptcy process would pay off debts and put them in a position to sell. Sadly it was a little too late.

Liquidator company SB360 Capital Partners won the auction in bankruptcy court for Charlotte Russe’s $160 million inventory and their assets just last Wednesday. They announced the official store closings the next day. The liquidating company specialize in conducting store closings, so this news wasn’t a shock in the business world.

Charlotte Russe will accept gift cards until March 21st and all stores will officially be closed by April. their online store has already shut down.

Most employees will not eve receive severance pay as a result due to the company executives earning much of the money that is left for employees. All $559,000.00 that has been allotted from the bankruptcy court is going directly to executives.

The women’s clothing store joins a growing list of retailers that are failing to survive bankruptcy. Other big names like Payless Shoe Source, Home Outfitters and Sears have also faced the decline, much like Toys “R” Us that famously closed for good in the US last year. The suspected cause for the decline in sales and increase in debt is online shopping.

They were credited for being a common store for many young women, specifically millennial’s to shop because of their diverse offerings in style, prices and occasional wear. They carried a wide variety of clothing sizes that appealed to many because of the accessibility.

This store closure now adds to the limitations for plus sized women in terms of sizing options, as many stores in general are shutting down operations or in-store shopping for plus sizes.

And of course, Twitter is taking this news horribly, as it was a favoured store for many.

Charlotte Russe began in 1975 at their first location in San Diego, California. In 2009 t was acquired by a private firm Advent International for $380 million but met great debt starting in 2014 that they simply couldn’t recover from.

I Will Always Remember The First Time I Held Your Hand