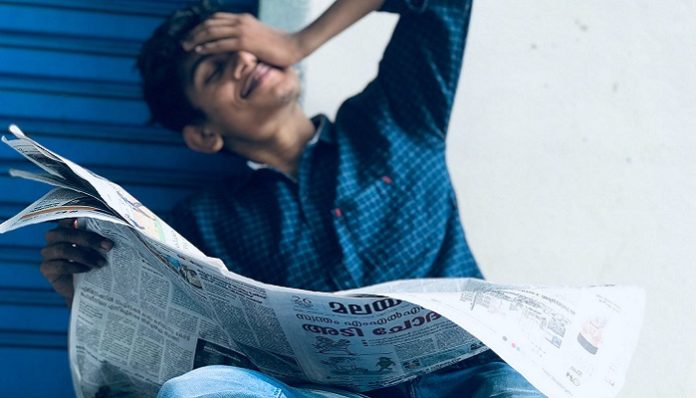 Just as everyone out there, I’m hopeful that 2021 will go better than 2020 did. Last year, many people experienced an unusual amount of stress, fear, and anxiety. So, to bring a smile to your face, here are some of the craziest headlines we’ve seen in 2021 so far — I am sure there are only more to come.

NPR recently covered this story about an edible car that can travel at 17 MPH. The car is mainly made out of cake. The vehicle traveled 350 feet and was driven by Indy racing legend Michael Andretti. The car was made for a special event celebrating the launch of a new parking garage at a Washington state casino. To top it all off, spectators got to enjoy cake, champagne, and milk at the end of the event.

2. “New York Town Backs Down On Fight Against Toilet Gardens”

This story is one I actually know about personally since I went to college in this town. Also featured on NPR, the story centers around a town resident who was against the construction of several businesses around the area where he lived. In protest, he placed several toilets filled with fake flowers on his front lawn. Officials tried to get the gentleman to remove them, but the case escalated to federal court. WWNY reports that once in federal court, the village of Potsdam backed down, and the man is now able to keep his toilet lawn ornaments.

This story focuses on a Japanese man who has worked with a fellow chemist on figuring out the science behind body odor and how it affects passersby. Customers can create a smell sample by wearing a plain white T-shirt enhanced with odor-absorbing activated charcoal for 24 hours, which then they mail in for analysis. Once assessed, the duo can create an odor treatment product that prevents what others may consider foul scent. In just one year of business, Ishida has sold over 1000 kits and anticipates the business to grow even more. In the long run, the scientist hopes to target armpits and halitosis too.

Swimming records are always awe-inspiring, but imagine setting a new record while wearing handcuffs! The swimmer, Katzman, has broken several personal records for swimming, such as the longest swim and most amount of time spent in a pool (he did this both with and without handcuffs). This time, he swam for almost four hours, covering the equivalent of over five miles distance. Katzman has sent the video of his efforts into the Guinness Book of World Records for official recognition.

While on an excursion with her brother, a woman was hit in the butt by a bear that attacked her from below as she sat to use the toilet in an outhouse. The woman screamed for help, and her brother came to her assistance. There, he found his sister tending to a minor wound. Initially, they thought the predator to be a smaller animal. However, as the brother entered the outhouse and shined a light into the toilet, he saw a bear head. They believe the bear got into the outhouse through a small hole in the back. They believe the bear swatted at the woman with his paw.

6. “AirPod found lodged in man’s esophagus after accidentally swallowing it in his sleep”

Music to your… throat? We’ve all heard about people doing incredible things in their sleep without any awareness. However, this story takes it to the next level. Bradford Gauthier of Worcester, Massachusetts, was having trouble swallowing one morning but thought nothing of it and tried to drink some water. As the pain persisted and he was unable to swallow, he also realized he couldn’t find one of his AirPods he was using the night before. He went to the ER, where they quickly located the AirPod in his esophagus and, after an emergency endoscopy, were able to remove it. Bradford went home feeling much better.

7. “Wild Sheep With 35-Kg Coat Of Wool Rescued In Australia”

A sheep was found in Australia’s wilderness with the most wool anyone has ever seen. His wool was matted with dirt and debris, and it’s unclear how long he was astray. Someone spotted the sheep in a Victorian state forest and called the authorities. Then, the sheep was taken to an animal rescue sanctuary north of Melbourne. Apparently, living with that much wool can be taxing and painful for the animal and, with time, even lower their survival chances. Since discovered, the sheep has gotten a full makeover and haircut.

It’s incredible to think that all of these funny headlines have happened only in the beginning stages of 2021. Personally, I can’t wait to see what more this year will bring. Which of these headlines is your favorite? Let us know in the comments down below!