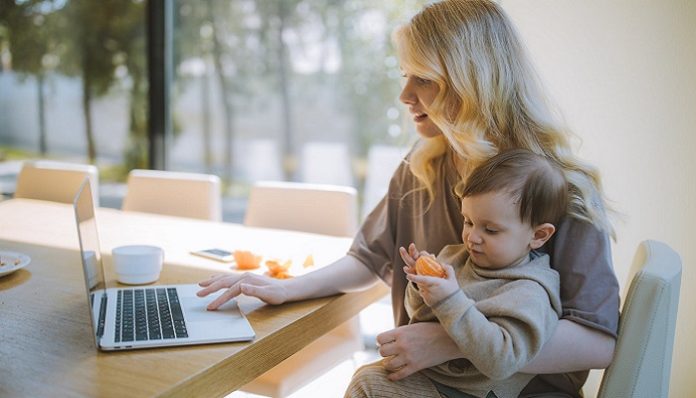 Mothers have always been, and will always be, superheroes. But a changing world has to mean the idea of motherhood is changing as well. Balancing a family and work has been one of the most timeless decisions mothers face, and according to a recent study, it would appear Millennial moms finally have it figured out.

Young mothers are defining success differently, and although we are part of the most driven generation of women in the workforce, mothers are now prioritizing the next biggest reality: flexibility.

Having children changes the way you view your life, and can definitely force you to strategize how exactly you’re going to pursue things you desire, while still being the absolute best caregiver you can be for the newest addition to your family. Various surveys show that women are now viewing their professional success in a less linear way, and ditching the concept of ‘choice’ as we know it.

The newfound planning generation seeks out flexible jobs and challenges the all-or-nothing stresses that mothers have faced in the past. With powerful, smart, and ambitious women, we are finally able to take charge of both career and family life and prove to the world that you can have it all.

It all traces back to the moral recognition of give and take. Women’s expectations are becoming more realistic and they are accepting that absolute gender equality in the workplace won’t come in the blink of an eye. 66% of Millennial women said they expect their careers will be equal to those of their spouses, compared to an idealistic 79% of Baby Boomers. Though these statistics support men in the workplace,  men also appear to be opening their eyes more to the idea of shared responsibilities. 13% of men said they expected they would have to interrupt their careers for parenthood, that is 9% more than Generation X and 10% more than Baby Boomers. As chief executive of Levo, Caroline Ghosn states,

“This reality is something that people are a lot more transparent and open about.”

Survey data from the Center for Talent Innovation, a research group, found that young people were aiming at learning from their parent’s mistakes. They saw the downsides growing up in a family with harsh choices between career and family and they wanted to create a more balanced environment for their children. They no longer feel like they have to make a choice and even the most ambitious of women, are prioritizing a pause in their careers for family life.

Another survey from Harvard Business School Alumni found that with the economy as it is, women aren’t as likely to be satisfied with their careers, so flexibility becomes a more fulfilling option. In the study, nearly half of the women by age 30 who were married said that they had chosen a job with more flexibility.

Our mothers have taught us some of our most valued lessons in life:

Stay optimistic, when a boy teases you, it means he likes you.

Never sit cross-legged in a dress.

Be yourself, don’t let the world get you down.

You can be anything you want to be, it is not a man’s world.

Now our mothers have unintentionally taught us an even more valuable lesson. Be realistic, choose the life you want to live because you can have it all. Our mothers did the best they could, and as their children, we know first-hand how their choices made us feel, and how mistakes can be constructive. We are the generation of now, the generation of tomorrow, and the generation that holds no boundaries. Our superpower? flexibility.