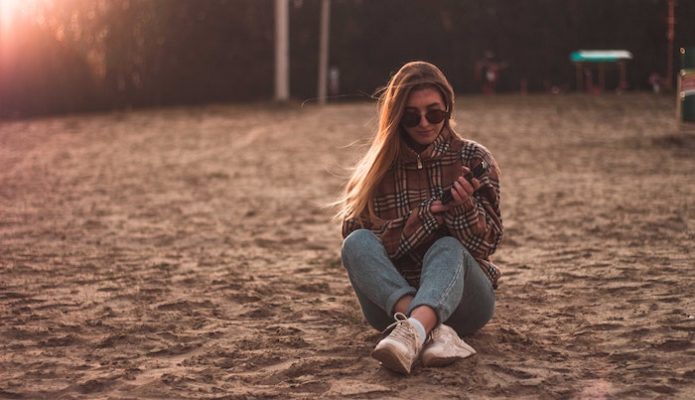 I have terrible luck when it comes to meeting the right guys. Yeah, I have a lot of my own issues that have definitely affected my choices in the past. I’ve picked many men who were definitely not right for me. I learn from my mistakes each time but honestly, I’m really tired of making them in the first place.

There is one particular factor that these guys all had in common, regardless of their wide variety of separate issues. Every single one of them, no matter how unfit or dysfunctional, wanted to start a family someday.

This is a huge problem for me because I’ve never wanted a traditional life. I didn’t understand that as a child but looking back, I never got dreamy over the idea of weddings or having a family. I was not one of those girls who knew what my bridal gown would look like or how I would set up my reception. I’m telling the absolute truth when I say that I’ve never thought about those things in my life. Not even once. I’ve never given a sh*t about any of that girly stuff.

Not only have I never suffered from wedding daydreams but I don’t want kids, either.

I didn’t play house growing up, or tend to baby dolls, or think of names for my future children. It didn’t even occur to me to think that way.

When I was younger I thought maybe I was weird, so I didn’t talk about it much. Now I realize a lot of women feel the same way I do. I’ve tried to change my own mind but now I know it’s not worth it. I should never have children for the wrong reasons. It’s not fair to them.

I’m a good, kind, caring person. I’m loving and giving and I adore children. But I don’t want kids. There’s a big difference between liking other people’s kids and deciding to devote your life to your own. I have too much that I want to do and see and I know that I would resent what having children would do to my independence.

I have certain priorities. Kids do not mesh into my idea of what my life should be. It’s that simple.

But here’s the kicker: I can’t find a man I like who also wants to live a child-free life. It’s difficult enough to date in today’s world as it is. Don’t even get me started on that mess! Every single guy I’ve ever dated either told me upfront they wanted kids someday or decided on it during the time we were together. It’s depressing.

Even more maddening is the fact that everyone else I know seems to have the opposite problem. My friends keep breaking up because their boyfriends don’t want kids and families and they don’t understand why I’m having so much trouble finding a great guy who wants the same child-free lifestyle I do.

My guy friends are even more baffled. They basically think I’m a unicorn that men would be falling all over to date. Not the case!

It seems the older I get, the more difficult it becomes. I’m hitting the age when I have a few choices: I can date younger guys or I can date older guys. Younger men can be fun because they don’t want any commitment and aren’t really thinking about kids yet. Still, I never find one who doesn’t eventually want a family. But even though I don’t want kids, I do want a serious relationship.

I thought older men would be perfect. Well, turns out I was wrong! I thought, Oh, they’re already in their late thirties and early forties. They must not even want kids, right?  Wrong. It just took them a long time to get their careers in order. Now that they’re set, they want to find wives and make babies —  immediately.

I’ve started talking to guys about their desires for the future before we even go on a first date. Why waste time? I don’t want to spend a few weeks putting effort into something that will never work out.

It might sound unromantic and cold, but I need to be practical. It’s really hard to end a relationship with someone you love because you don’t want the same things in life. I don’t want to go there again. It hurts too damn much.

For now, I’m just done. Until I meet someone who unequivocally does not want children — ever — I will not be dating. End of story.

Photo by Ivanna Mykhailiuk on Unsplash