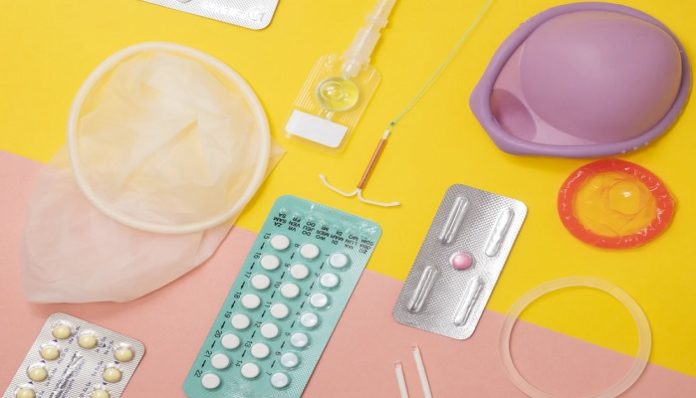 The day started like any other day. I was 10 years old, excited for my softball tournament later that day, and I got up to use the bathroom, as always. When I sat on the toilet and looked down, I saw that my underwear was stained with blood. I yelled for my mother, concerned that I was dying, and she told me that I was having my first period.

“But what is a period,” I asked myself. When I asked her, she said I was becoming a woman, and that my body could now carry a baby. She didn’t shy away from teaching me about the changes to my body. In fact, she had shown me the film “The Birds, the Bees and Me,” on VHS tape earlier that year because I was an early bloomer.

I wore my first bra at seven. I got body hair around nine. She knew my period was coming, just like hers had — early. I was in the fourth grade. Though we had health class, we had not broached the subject of puberty yet. That came in fifth grade. I was the first in my class to get a period.

What ensued after this were conversations with my teachers about allowing me to use the bathroom more frequently, how to change and wrap a pad, and how it was okay if I didn’t want to tell my friends just yet.

My first period was light and pain-free. My second, coming a few months later, was not.

This time, I woke up in the middle of the night with terrible cramps in my stomach. I had never felt anything like that before. It felt like a knife had stabbed through my abdomen and twisted. Everything was aching, up to my chest and down to my knees. These were not growing pains, and shortly after my periods became a regular occurrence, I was sitting in my pediatrician’s office wondering what could be done.

That was the first time I heard the word “endometriosis.” The cure? Birth control. From that day forward, I was on hormones.

The first pill they tried made me bleed for 60 days straight. It was then that I made my first trip to the gynecologist’s office. I was embarrassed when they asked me questions about sexual activity — that was the farthest thing from my mind. I was still playing with Barbies. And I was not attracted to boys. At that moment I thought about jumping out of the third story window to save my embarrassment.

Since the age of twelve, I have been on countless pills, two different IUDs, and I had never been off of hormones. The age of twelve is also when my depression began.

I started struggling to get out of bed. I felt outside of my body. What’s more, I was diagnosed with a mood disorder too early. When I got the Kyleena IUD for the first time, the depression came to a head, and I ended up dropping out of law school, getting into dysfunctional relationships, and losing most of my old motivation to thrive.

I finally snapped and got my last hormonal IUD removed.

Let me be clear: Birth control was a great invention. It allowed women with illnesses like PCOS and Endometriosis to thrive. It allowed women to take control of family planning, and not have a child they were not emotionally, physically, or financially ready for. Also, it has helped countless women escape domestic violence situations, and lowered teen pregnancy rates. But it can change your body.

At 24, for the first time in half of my life, I am not having intrusive thoughts. I feel more grounded and less outside of my body. I am laughing, I am crying, and I am feeling emotions I last felt at eleven years old. And I have been overwhelmed by the beauty of being able to feel happy and excited. I am learning who I am, a little at a time, and I am going to continue to learn as my body adjusts to my new, hormone-free life. To get an idea of where your hormone levels are at, we can recommend an easy to use hormone testing kit.

Luckily, I have a partner who was supportive of me going off birth control. If you’re considering doing the same and have a monogamous partner, you should have an active conversation about it together. There is no shame in prioritizing mental health, and not all methods of birth control work for all people.

While I am looking for other methods that work for my body, I am enjoying figuring out who I am without hormones.

I cannot wait to meet myself all over again.