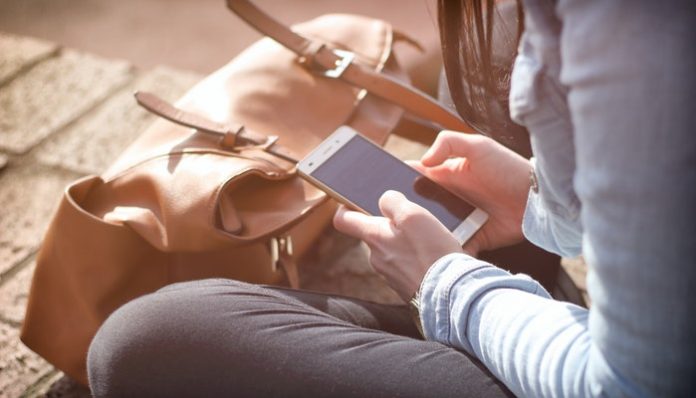 My ex-boyfriend Tyler hadn’t been able to hold back his enthusiasm for his new girlfriend Rebecca: “She’s an amazing, accomplished woman, and sex with her is other-worldly.”

Tyler had ended our relationship less than a month before. I was devastated but swore I’d keep him in my life, in any way possible — even if that meant as his friend.

Tyler had been entirely clueless about how hurtful and insensitive he was being and continued to describe (in excruciating and soul-crushing) detail about the new woman in his life. On and on he went about how no woman had ever excited him the way that she did.

I listened to each word he said about Rebecca.  As I listened to every word, I secretly decided that I would try to find out on my own if she really was worthy of Tyler.

So I Googled, I Binged, I Yahooed, and all I could find was one picture. It looked as if it had been taken at a discount mall photography studio back in the early 1990s. She used it whenever a profile pic was needed. She wasn’t on Snapchat, Instagram, Pinterest, and she didn’t have a website. I found her lack of an Internet presence odd at best, troubling at worst.

How could she be a real live woman and not have one selfie?

Tyler had mentioned that she was a psychologist and I wondered if the lack of profile pictures had something to do with her not wanting her patients to know anything about her private life.

I began to get more and more determined to solve the mystery.

I didn’t know if Tyler had mentioned me to her, but I knew it probably wasn’t a good idea to be seen at her office. Besides, if questioned, I wouldn’t have been able to give a good explanation about why I was there. I thought saying, “I wanted to know what you looked like,” might make me sound a little obsessive.

My friends encouraged me to move on with my life. I knew they were right so I started to go out more, but that’s when I met the private investigator.

He wasn’t exactly hot. He had thin, long brown hair, and his eyes were always watery — perhaps they dripped regret for a wasted life. Also, he looked as if he’d smoked 10 packs of cigarettes a day for decades. I couldn’t picture ever kissing his fileted-fish lips. He was a definite pass.

“I’m a private investigator,” he said. And just like that, he became a lot more attractive. Maybe he didn’t look like Benedict Cumberbach as Sherlock Holmes but he obviously had some skills that would help me out in solving the mystery of Rebecca.

“Do you have a specialty?” I asked.

I told him about Rebecca and the disturbing lack of photographic evidence. But I didn’t care what he thought of me; I just wanted information.

Within seconds, he’d taken out his phone and had her work address.

“Do you want me to go over there and get her picture for you?”

Was learning the truth abut Rebecca worth putting my disgust aside and sleeping with him?

Ultimately, I had to know for sure if she was a real person or just somebody Tyler had created to get out of our relationship. I agreed to the private investigator’s terms.

The next day, I held my phone in my hand waiting for the P.I. to call me. I wondered if he had arrived at Rebecca’s place of work yet. Was he wearing a disguise? What if she looked so different from that one picture, that he wouldn’t recognize her?

Later, he had told me he’d been lucky; as he was on his way up to her floor, Rebecca got on the elevator with him.

“I thought I’d have to pretend that I made a mistake and go into her office, but her being in the elevator just made it even easier.”

“Are you Doctor Rebecca?” the P.I. said to her knowing that the ride up to the 6th floor wasn’t a long one, and that he needed to identify her quickly.

“Yes,” she said, taking a sip from her extra-large cup of coffee. “Why do you ask?”

“I saw your name on the directory,” he lied as he proceeded to pretend to have difficulty with his phone, but was really just framing the shot.

I heard about every detail of their encounter as he had recorded it. He emailed it to me, along with her picture. I studied both the picture and their brief conversation.

The quality of the picture wasn’t great, but I could see that she had red hair in a top knot, was athletic, and had a pretty face. Of course I could see why Tyler was in love with her.

I’d thought that knowing what Rebecca looked like would’ve given me closure to move on but it would take years before I came to a point where I didn’t resent her. I tried to keep my resolution to be friends with Tyler but he spent all his free time with her and I couldn’t handle the thought of going out with the two of them.

So I finally stopped talking to Tyler and deleted him from all social media. I decided that being friends with my ex wasn’t healthy for me.

But now I needed to keep my end of the bargain.

I was able to put the investigator off for a while but then he started to call me every day asking when I was going to pay up and have sex with him.

I told him that my roommate and I had gotten together, and that I was no longer single, but he didn’t care — a deal was a deal.

Finally, I agreed to meet him at a motel near my house.

“I’ll catch up on some reports, and wait for you outside,” he said.

He waited in his car for over 6 hours, but I never showed up. I think he must have figured out that I never intended to keep my side of the bargain. He never called me again.

I felt badly that I used him the way that I did, but his trying to manipulate me into having sex with him wasn’t exactly honorable either.

I had traded the promise of sex to get something I wanted, and never wanted to feel that cheap again.

Feature Image by Tofros.com from Pexels