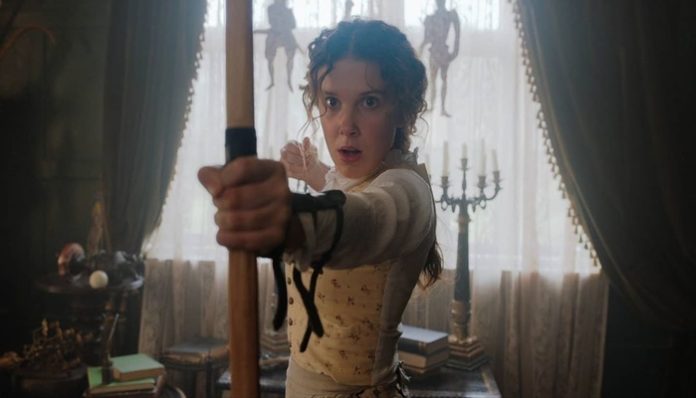 The estate of the late Arthur Conan Doyle, the creator of Sherlock Holmes, is suing Netflix for copyright infringement and trademark violations as a result of their new series, Enola Holmes.

The series will premiere in August.

The works Doyle wrote prior to 1923 are public domain, meaning that the public owns them, not the original author. This means that only his writings from 1923 to 1927 fall under copyright.

In 2014, the 7th Circuit Court of Appeals ruled that the character Enola Holmes falls under public domain.

This means that Netflix can use the character in their series.

As a part of the lawsuit, the estate of Arthur Conan Doyle has claimed that the books written by Springer were loosely based off of aspects of the ten stories Conan Doyle published between 1923 and 1927.

Specifically, the suit quotes part of one of the novels, in which Sherlock Holmes expresses “controlled anguish” when Dr. Watson is missing.

“Nowhere in the public domain stories does Holmes express such emotion about the well-being of his companion John Watson,” the suit alleges. “This friendship was not created by Springer in the Enola Holmes Mysteries. It was created in the Copyrighted Stories and copied by Springer.”

This isn’t the first lawsuit that the estate has filed regarding alleged copyright issues with Conan Doyle’s works. In 2015, Doyle’s estate filed a lawsuit against Miramax, saying that Mr. Holmes, which stars Ian McKellan, shows us an “emotional” Holmes in the last of the ten stories. The parties eventually settled the suit after a few months in court.

Sources recently confirmed confirmed that the four novels and fifty-six short stories written between 1887 and 1927 containing Enola Holmes will not be included in the US copyright protection beginning in 2023.

5 Signs You Are Just Too Lazy To Clean