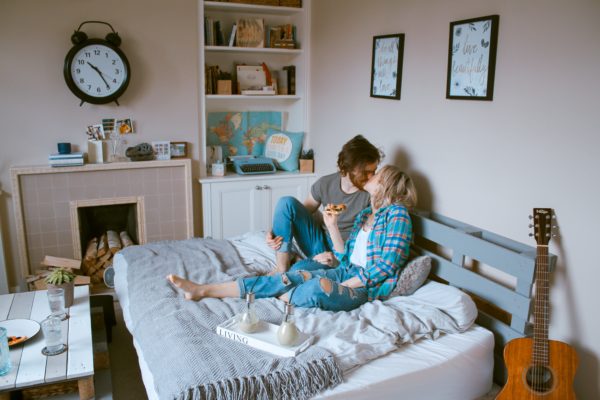 Have you ever considered living apart together as a couple?

You’ve just met the second person of your dreams. You have so much in common, and you’ve gained a lot more excitement and energy that was lost in your previously failed relationship.

But, you have a dilemma. Your partner has an established life where they live, and so do you. Deep down, you know you love them enough to be committed, but not enough to uproot your life.

“Living apart together” (or L.AT. for short) is a fantastic, unconventional way to be in a committed relationship without giving up your ever-so-independent life.

And this trend seems to be picking up steam, especially with older adults that have already had a traditional marriage.

Here are 4 reasons why you and your partner should try living apart together as a relationship dynamic.

1. You’ll have your own space.

Do you value your space?

In your previous relationship, it wasn’t just the physical space that became stifling — it was also your personal space. So much so, you no longer knew who you were and what goals you wanted to accomplish for your own life.

Being in a L.A.T. relationship allows you to have your own time and space. You can keep your place the way you want to, and you get the chance to take responsibility for yourself.

2. You won’t disrupt your children’s lives.

Oftentimes, you hear about people who are reluctant to enter into a relationship because the kids might not be ready. Or they don’t want a weird transition with their new partner stepping in as the children’s new parent.

If you’re in a L.A.T. relationship, you have the best of both worlds. There are clear boundaries that the person in your life is for you, and if he wants to act as a co-parent, that’s by choice.

3. You won’t have another co-dependent partner.

In your previous relationship, your partner had no personal identity, interests, or values outside of your relationship, and it was very draining.

This type of arrangement means both parties make their relationship a priority, but can still find joy in outside interests, other friends, and hobbies.

4. You want to be a person of mystery and keep the relationship alive.

In your previous relationship, you fell into such a routine, you stopped doing fun new things together. In reality, you got bored.

So, you want to prevent that from happening again. You want to be intentional in the time you spend with your partner, as you feel more intimate that way.

Finding someone who plans to spend time with you and puts the effort into focusing on different, exciting dates will increase your satisfaction in and out of the bedroom.

Reasses your L.A.T. arrangement after six months to a year.

In the end, if you are reluctant about living apart together as a long-term arrangement, you can reassess after the six-month to year mark in your relationship.

Sure, it may raise a few eyebrows. But isn’t encouraging that we, as a society, are beginning to loosen up and accept different forms of relationships?

In the end, when it comes to love, you should be free to explore your relationship in whatever way it feels natural and healthy to you. If you are at a point that you value your independence while still maintaining a meaningful romantic connection, then so be it.

Isn’t it awesome that you’re confident enough to shape a relationship to fit your life, rather than the other way around?

Tarot Spreads: How To Get The Most Of Your Readings

7 Emotional Addictions You Didn’t Realize You Could Have