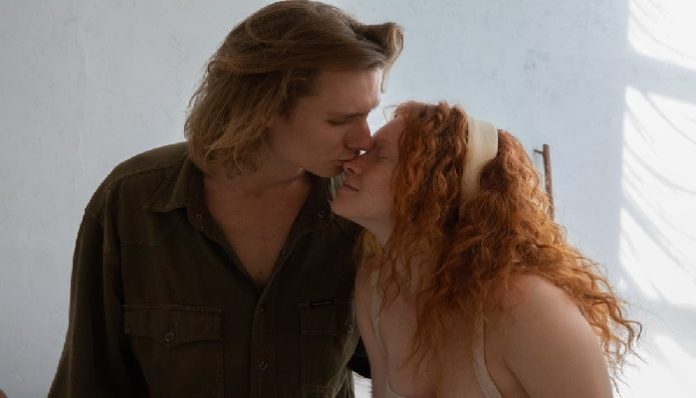 The best word to describe my relationship is unconventional.

We met when he had just moved to my hometown, but I was roaming the streets of Paris. It was an odd sort of arrangement, but we had met through a mutual friend of ours and we quickly began FaceTiming each other twice a week. We kept this up for four months until I caught a flight back to the US so I could finally see him in person. We’ve been attached at the hip ever since and we basically do everything together.

Here’s how I know my relationship is damn worth fighting for:

He Always Makes You Smile, Even When You’re Mad At Him

There are times when I’m so mad at him I see red. Like the time I thought he didn’t clean the kitchen so I could make dinner when I got off work or the time he wasn’t 100% listening and didn’t hear something important I’d said. But somehow, even when I’m my most frustrated, he does something or makes a pun and has me smiling and laughing again. Life is too short to spend it mad or frustrated with someone you love. You are going to bicker and fight with everyone you meet. There is no sense in writing someone off because you occasionally don’t get along. The times that they made you laugh until you cried, that they made you smile when you actually were crying, when they picked you up when you were down – that’s what’s important.

There Are No Awkward Silences

Last night, we both sat on the couch engrossed in our own separate things. We spent literally four hours playing video games by ourselves and didn’t say one word to each other. There are some couples who would absolutely melt down at the idea of not having someone to constantly interact with, but it was just nice to be able to relax in our own way. Every now and then he would reach over and touch my foot or I’d lean my back against him. I don’t have to be speaking with him every second of the day to know he appreciates me. I don’t have to bend over backwards to shower him with attention for him to know I appreciate him. It’s the fact that we can enjoy each other without having to do anything at all that means the most.

He Doesn’t Mind When You Call

If I need him – even if it’s to tell a funny story while I’m at an intersection – I know he’ll answer. It’s not that I need him to answer the phone and listen to the stupid story I’m about to tell, but it’s that he validates my feelings. I think it’s funny and worth sharing and therefore he is willing to listen. And it’s not just for me, it’s vice versa. We have open communication where nothing is too big or too small to be shared or expressed. Without a doubt, we will never cut each other down. Why is this important? Because when it’s not about a funny story and when it is an actual emergency, I also know he’ll answer.

He Tells You If Your Outfit Looks Stupid

Last weekend we were going out to the bar with some friends and I was absolutely dying to wear my new booties. He took one look at my ensemble and said without hesitation, “None of that matches, you should probably change your shoes.” I’ve done the same for him a few times, too. Our relationship is legitimately built upon honesty, because when I was in France, honesty was really all we had. And yes, while it sucked to hear that my new expensive booties didn’t match my outfit, I’d rather hear it from him before someone told me about it later. I know he’s always going to tell me the truth. And he knows if he needs an honest opinion, he can always ask me.

You Have Separate Hobbies

I’ve been into yoga for years with a practice schedule that takes up a few days a week. He’s a musician and spends one or two weekends a month playing shows. We are off doing separate things with our time apart. And it’s important because we are two separate people. I have something that I genuinely love doing and my relationship doesn’t compromise that. I have many friends who “used to be runners” before they got into a relationship but now their significant others dominate their time. While we do spend a lot of time together, our hobbies are something that will never be sacrificed. And there will never be any pressure from either side to do so.

I’m not saying that we are the world’s greatest couple, but I’m saying that there is an element of just being ourselves. There is an understanding we have that I feel is worth it in the end. We respect each other, we try to make the other happy. At the end of the day, it’s about who makes you truly happy even when they can also make you mad. It’s about who you want to wake up to every morning that’s important.

Research Shows That Sleep And Your Social Status Are Directly Connected