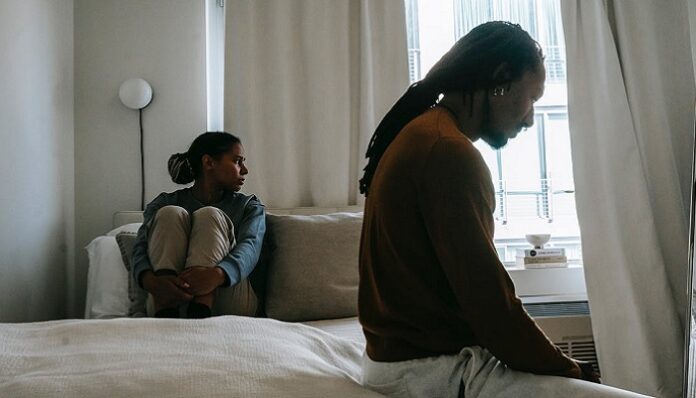 Is there a single quality that’s vital to the success of every relationship? Is there one element that both controls our behaviors and predicts their outcome? Yes, and the answer is a single word: trust.

A relationship without basic trust has no security. Without trust in a relationship, there’s no way to predict another person’s behaviors, which can make us consumed with anxiety. Since we can’t stand anxiety, we resort to blaming. And blaming others kills relationships.

Is there a reason why we blame others?

Anxiety is at the core of why we use blame and blame-shifting. Whenever we’re upset, disappointed or angry because of another person’s behavior, we use the blame game to discharge our feelings.

Bluntly, we dump our upset, disappointment, or anger onto another person in what I call the “Blame Cycle.”

John is rushing through breakfast, but there’s no milk! He’s angry and says to his wife, Mary, “Darn it, Mary, why can’t you at least keep some milk in the house?”

Mary hears John’s criticism (he’s accusing her of being too stupid to even buy milk) and instantly gets angry. She thinks, “As though I don’t work hard enough already? How dare he accuse me of being lazy or incompetent!”

Her anger at being falsely accused triggers a physical reaction in her body and adrenaline accelerates her heartbeat. Rather than replying in a way that defuses the tension, she tries to defend herself.

“You know, John, I work too.” But she’s also angry so she throws back an accusation. “Since when are you so important that you can’t buy some milk yourself?”

John is really stressed at work, and Mary’s accusation angers him. “Our entire department has been reorganized and I almost got laid off and you expect me to stop and buy milk?!” This argument is only going to get worse.

Where does the lack of trust come into this discussion?

Underlying John and Mary’s destructive fight about who should buy the milk is the core issue of trust.

Because John is dealing with his anxiety about his job, the accumulating stress pushes him to lose sight of the fact that Mary is doing her best to take care of her responsibilities. But Mary’s human and she occasionally forgets. John forgets that he, too, is fallible and allows his irritation to blame Mary.

That’s why blaming others is so damaging to any relationship.

Blame is really nasty business because it’s actually composed of four negative behaviors: criticism, accusation, punishment, and humiliation. All four of those are present in the destructive exchange between John and Mary. It’s not an exaggeration to say that whenever these negative behaviors are used within any relationship, trust is eroded.

So what’s so wrong with criticizing someone for doing something wrong, even forgetting to buy some milk? Doesn’t John have the right to punish Mary? Well, that’s certainly the assumption of most people in a relationship.

And it’s this thinking that inevitably creates the Blame Cycle:

This train of events triggers another Blame Attack from John when he accuses Mary of being so narrow-minded as to imagine that with all his stress at work he would have the energy to remember to buy milk. The end result is that both John and Mary feels less trust for each other. Each of them become less certain that their anxieties and fears will be dealt with respectfully.

The antidote to all of this blame is simple: State your complaint without criticizing or accusing, which is admittedly not an easy thing to do.

But here’s how simply it works.

Since Mary is devoted to John and committed to their success as a couple, she takes on the responsibility. “Really? I’m sorry. I forgot.” Stop. Nothing more needs to be said. Mary already feels bad about disappointing John, and John doesn’t need to rub it in.