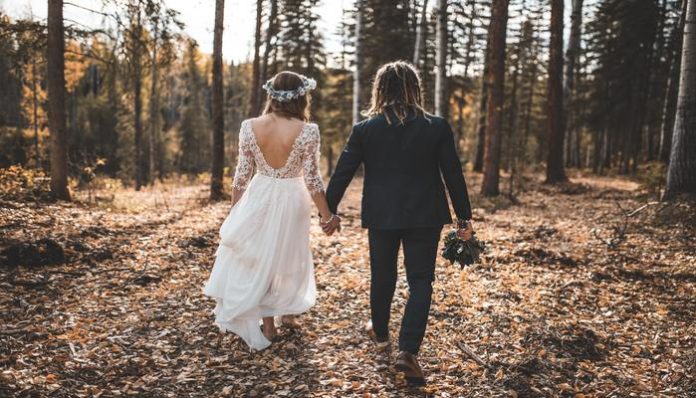 When I got married last May, I was ecstatic.

I was marrying the man that I loved in the most romantic city in the world (Paris!), and I couldn’t have been happier.

Although the wedding planning was a bit stressful, it wasn’t as bad as I thought it would be, and because I kept the guest list under 60, there wasn’t too much drama of where to seat people and obligatory invites.

I was really lucky in many ways.

But as my wedding date approached, I felt like I was starting to lose it. I didn’t think I was stressed, but subconsciously things were going awry and I couldn’t quite figure out why.

My therapist said it was totally normal, all the mental and emotional experiences I was having, and that once I walked down the aisle, it would all pass.

And they did, but the four to six weeks leading up to that were, well, weird, every bride has her version of pre-wedding jitters. Here’s what happened to me.

It was an every night occurrence.All my dreams were about my exes. At first, it was intriguing, but then I felt like my brain was obsessed with the idea of my dating past. But apparently, all brides go through it, and when I did some research, I found this:

This made me feel better. But the dreams didn’t stop.

2. I reached out to my exes

Normally, this is not something I need or even want to know.

These men were in my past for a reason, and that’s where they needed to stay. But since I was getting married, I thought maybe I could get some input on how I messed  up in the past… if I messed up.

I thought it would be as easy but it was awkward, to say the least.

I cried when I was sad, but also cried when I was happy. I cried in the morning and at night for no reason. Tears would form whenever my fiancé told me he loved me, or whenever we got into an argument. I cried so much I  had to invest in an eye mask to wear at night to keep my eyes from totally puffing right up off my face.

4. I second-guessed my relationships.

Although I was quite secure in my relationship with my soon-to-be husband, I felt every other relationship I had in my life was unstable.

I questioned my friends’ motives for coming to the wedding, I wondered why some decline, and was paranoid about my working relationships with those around me

I felt like I was walking on eggshells with the people around me. Panic attacks struck often and I I never knew when another one would occur.

Takeaway? Getting married, even if we think we’re not feeling stressed is a stressful and emotional event.

You don’t only look at your future, but you also need to look at your past and present far more analytically than ever before.

In the end, everything was fine. I walked down the aisle in Bois de Boulogne, Paris’s answer to Central Park, and I was happy ! If you’re about to get married and are feeling pretty calm, cool, and collected, don’t be surprised if things get a little wonky before the big day.

It happens to all brides, especially that dreaming of your exes thing. That one you can’t escape.

Featured Photo by bantersnaps on Unsplash