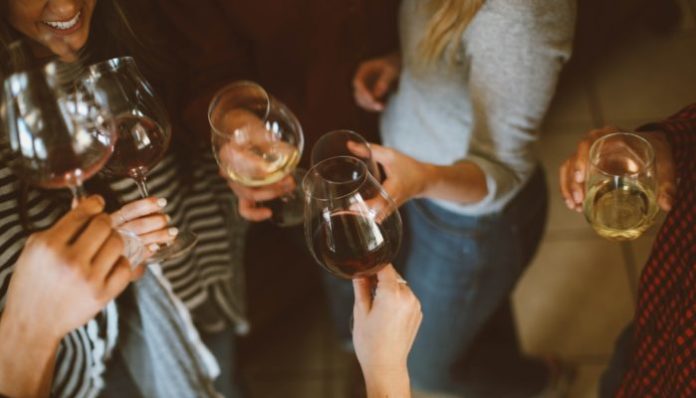 Red, white or rosé to face the morning?

Like most adults, I enjoy a glass or two (dozen) of wine from time to time. For the most part, wine is smooth, crisp, and doesn’t leave a bad taste in your mouth. However, it can cause a bad hangover the next day if you’re drinking cheap wine. Personally, if I’m at an event and the only options are beer or wine, I’m going to choose wine every time. Wine is simple and timeless.

On National Drink Wine Day, I’m going to reflect on my (mostly) loving relationship with wine.

My love of wine has evolved over the years. Growing up, my parents were not drinkers and I didn’t really know much about alcohol of any sort. It was never discussed, and I didn’t spend a lot of time around grownups who drank.

When I got to college, I felt as if I was in a whole new world experiencing all these new things, including wine.

My first foray into wine was my dear friend Franzia. For those of you who don’t know what Franzia is, it’s a company that makes boxed wine with a spout. It’s portable, affordable and will give you the worst hangover ever. At parties, we would play “Slap the Bag” and see who could get drunk the fastest. Let’s just say, I definitely placed in the top 3 most times.

As I progressed throughout college and became of legal drinking age, I learned from my favorite hour(s), Happy Hour, that wine didn’t have to be consumed from a bag hanging over my head. Instead, I could order it in a nice, fancy glass at a bar for half price.

Also around this time was the rise of the “Real Housewives” franchise. Wine was more than something those women drank… it served as a supporting cast member. It caused fights, served as a revenue stream, and worked as a weapon of sorts. My initial thoughts were, “Wow what a waste of perfectly good alcohol!” and then, “I wonder what they were actually drinking…”

There would be many times that I would indulge in wine drinking, whether at a friend’s house for a party, at an event, or simply in my house after a long day. When I moved into my first apartment and had a housewarming party, I found that most people brought a bottle of wine. At one point, the wine rack in my apartment was quite filled, but then I became thirsty and curious to try out different wines.

As time progressed and social media became a massive part of our lives, winery tours became a goal of mine. Winery tours are like adult theme parks. While many of my friends have gone to Disney’s Epcot theme park and drank “around the world,” that was not as enticing as going to a winery and seeing first hand how wine is produced. I made it my mission to go on a winery tour one way or another.

Fast forward to 2017 when I went to Australia. Much to my surprise, there is an entire region of the country dedicated to wine production (Yarra Valley).

For 12 hours, I went to a variety of wineries: some small, some big, some more prominent (Moet) than others.

I walked amongst the vines and barrels. Unlike the time I went to the Bacardi factory in Puerto Rico, I learned to pace myself and politely ask for second and third tastings. Also, thank the heavens they all provide you with a spit bucket for the wine you do not enjoy. I also learned that at a wine tasting, you taste the wine like you do a shot. Get it down in one gulp so you feel the full flavor profile. Who said you don’t learn anything from getting drunk?

My love of wine will continue to grow as I continue to age and find myself in more situations that don’t call for shots and beating the clock. has been a great way to enjoy a casual drink without going too hard amongst a social crowd. So, on this National Drink Wine Day, I urge you to pour a glass of your favorite wine, relax on your couch, and enjoy your latest Netflix obsession.