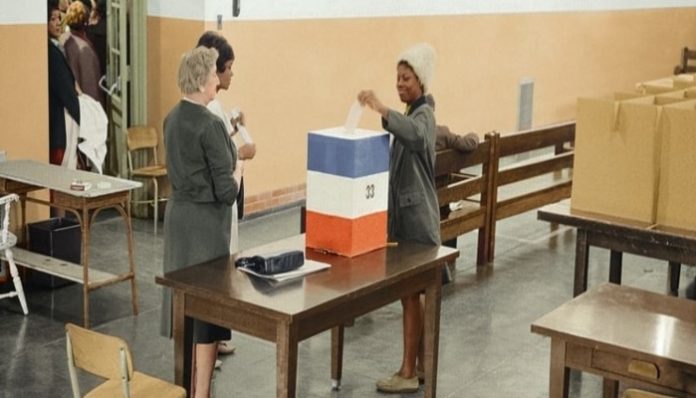 I used to be that person who thought it was my civic duty to vote in every election, mainly out of the belief that it was up to the “decent” people to reduce the harm to specific groups by voting for the “lesser of two evils.”

Black lives don’t matter more than others. They don’t matter solely. They just matter, period. Even self-proclaimed liberals rebut this phrase with a “but,” as if they are still convinced that white people are oppressed.

I can’t in good faith vote for anyone who can’t bring themselves to agree that my life matters without adding a qualifying statement.

2. The issues that are most important to me are “hot button” issues to the candidates.

If you visit Biden’s campaign website and scroll down to the “issues” section, you won’t find a subsection on civil rights or criminal justice reform. That’s ironic, considering the state of America right now.

We’ve had months-long protests for justice for George Floyd, Ahmad Arbery, Breonna Taylor, and Jacob Blake. But candidates in this election cycle have nothing to say about their plans (or lack thereof) for racial justice in America.

3. We need a paradigm shift, and everyone who ran for President was “50 shades of moderate.”

While millennials and Gen Zers have latched on to progressive Democrats like Alexandria Ocasio-Cortez and Bernie Sanders, the party itself has largely rejected its far left faction, which tells me that they aren’t willing to adjust to younger folks’ needs. They’re looking for the Baby Boomer vote.

4. Our 2020 candidates have a history of purposefully harming the Black community.

Biden’s 1994 crime bill, which included the 3-strikes provision and expanded the death penalty to include 60 more crimes, aided the mass incarceration of Black men. And during Harris’ tenure as California state attorney general, she refused to support a bill mandating special investigations for police shootings and cut civil rights groups out of the investigations. Also, as San Francisco District Attorney, she prosecuted parents whose children skipped school, disproportionately targeting the Black community.

5. We need to prioritize people over profit, but the makeup of America doesn’t allow for that.

America’s capitalist foundation of profit and greed above humanity is so ingrained that it would probably take overthrowing the government – or even an asteroid – to re-model it.

6. Candidates still think that they can “fix it from within.”

For instance, Harris’ history as attorney general has proven that she’s part of the problem. And while at one point the idea of “fixing the system from within” would have been a noble self-sacrifice, we have learned a thousand times over that this simply doesn’t work. We can throw this idea out, along with “trickle down economics” and cheese-wiz.

7. We have a two-party system where the politicians (not the people) choose the candidates.

Which is why our parties put all of their resources and energy behind the candidate of their choosing and leave everyone else out in the cold, regardless of the candidates’ ideologies or popularity with voters.

8. The electoral system is trash.

Maybe in eighteen-hundred-nothing, it made sense to use an electoral college because we didn’t have the means to accurately collect and count individual votes, but in 2020, we do.

9. The system purposefully muzzles its Progressives.

This explains why Ocasio-Cortez only had 60 seconds to speak at the DNC, regardless of her popularity with Millennial voters. And Millennials could potentially make up the largest voting block.

Shit with a cherry on top is still shit.

And the fact that they’re still “fighting for the same things” doesn’t mean that they are “consistent,” it means they aren’t accomplishing anything. Take a shit, or get off the pot.

We all know that major corporations throw tons of money into political campaigns in exchange for tax cuts. Why do we continue to turn a blind eye on this corruption and participate in a system that allows it?

Right now, our Congress members are on vacation while most of us worry over how we’ll pay our bills without a second round of stimulus checks or an extension of re-employment benefits. No matter which political party you look at, the only thing on politicians’ minds is winning this year’s election, lining their own pockets, and decorating their homes with $31,000 dining room sets on the taxpayers’ dime. Politicians don’t care about doing the right thing and taking care of their constituents….because that would be “socialism.”