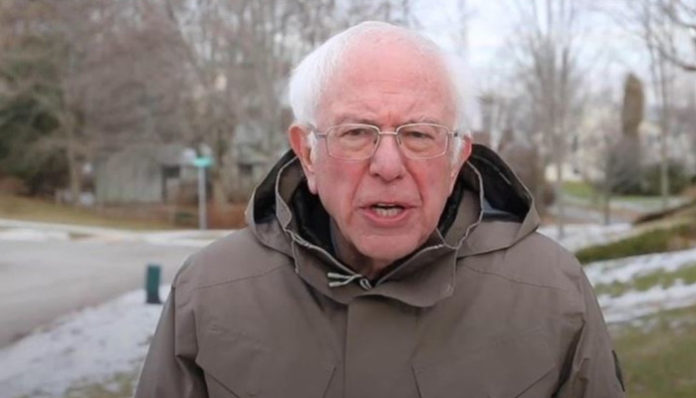 The 2020 Presidential Election has taken a back seat in recent weeks as Coronavirus cases skyrocketed here in the United States. In fact, most of us completely forgot about the election altogether after Super Tuesday. It turns out we won’t be “feeling the Bern” in 2020, though, because Bernie Sanders just ended his Democratic run.

On Wednesday morning, Sanders held a conference with his campaign staff to deliver the unfortunate news.

Once the Democratic front-runner in this year’s highly-anticipated race, Sanders’ early victories soon faded into the background throughout the month of March. Many Democrats worry that Biden doesn’t possess Sanders’ fiery passion. However, it looks like Biden is now the party’s only hope.

During his live stream pull out of the race, Bernie Sanders cited Joe Biden’s nearly 300 delegate lead and declared, “The path toward victory is virtually impossible.”

While Sanders claims that the decision didn’t come easily, many of us have seen the writing on the wall for weeks. After all, during a striking news conference in Vermont last month, Sanders acknowledged that he was losing the battle for the Democratic nom. Now, Sanders says that the voters made it clear that they believe that former vice president Joe Biden is the best candidate to beat President Donald Trump in this year’s presidential race.

Sanders is no stranger to controversy. After all, he often comes across as far left and even Socialist at times. However, his views on healthcare, climate change, and and economic inequality resonate well with Millennials and Gen Z voters. He’s exactly the type of candidate that we’ve all waited in the wings to vote for. Unfortunately, though, his grassroots approach wasn’t enough to clinch the Democratic nomination this year.

So, what happens now?

As many of us grapple with the economic impact of COVID-19, we’re now left with a difficult choice. Will we rally together and back the moderate-leaning Joe Biden? Or will we give up and let Donald Trump remain in the White House for another four years? Will Bernie Sanders go out gracefully and fully support Biden? Or will this turn into 2016 all over again with Sanders requesting an Independent space on the ballot?

Personally, I can only hope that former vice president Biden lives up to his promise to select a female running mate and continue to support the struggling young adults in their 20s and early 30s. After all, if we can’t have our favorite political grandpa, maybe we can at least earn a seat at Biden’s table of support?

Thanks for giving it your all, Bernie. We’re sad to see you go but so happy that you recognized that 2020 just isn’t your year to shine.

When You’re Ready For A Wife, Come Find Me