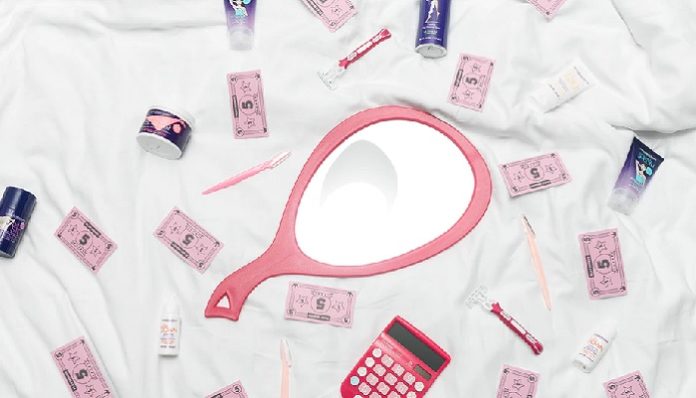 You may consider yourself well versed in the pink tax — the ways in which women and feminine-presenting people have to spend more money than their masculine counterparts. But even if you’ve heard of it, you may well be surprised — here are some ways in which the pink tax really hits.

Period products are subject to the same kind of tax as a high luxury. If that wasn’t fun enough, the majority of products available for mass consumption haven’t been updated for years, create waste, and are treated with products that can cause contact dermatitis. All the innovations that have been made to the market are expensive and hard to obtain. This leaves many women and girls with unpleasant and unsanitary ways of managing their periods.

Nobody — and I say this as a lover of fashion — NOBODY needs more than one pair of high heels. The reason we buy multiples is because we want to coordinate, because the silhouettes are slightly different, or because some ancient etiquette code told us we can’t wear brown shoes at night, or some such malarky. Worse, some high-end companies consider the discomfort of their heels as a point of pride. It’s like they can’t even be bothered to say these items have a practical use.

Men rarely have a need for a bag because their pockets fit everything they require. On the occasions they would use a bag, they would not be expected to spend a lot on it. Women’s handbags, on the other hand, are a different story. Unless you go into the realm of luxury (where all money looks the same), it’s extremely common for women to pay 2-3 times the price for a handbag.

Is there a difference between women’s hair and men’s? Not really, besides typical lengths. And yet, hairdressers expect you to drop more money for the same kind of service. Similarly, they are more likely to try and upsell you on conditioners, shampoos, and treatments. Be real: When was the last time you used a hair mask regularly? Yeah, thought so.

True story: One year, I bought a new party dress. I was so excited… until I got sick right before the occasion I got it for. That dress lingered in my wardrobe for a year before I wore it again, and it hasn’t had an outing since. Not just because I didn’t go out much, but also because marketing everywhere told me that I needed a new one the next year. And the next. And the next one after that. How is it that guys get away with one suit for all occasions whereas femmes don’t?

Yes, everyone can wear makeup. Yes, everyone should enjoy makeup if they want. But women are the ones who are more likely to get hit with mandatory “grooming” rules at work (which also include expensive professional attire and high heels). Even if you don’t like it, there are fields where you are expected to wear it as a workplace norm. People might think you “don’t try” or are unprofessional. And you may not even be able to afford a cheap makeup option.

The Pink Tax isn’t going anywhere, that much we can be sure of. But if we pay attention to it, we can be mindful of when it happens. And, hopefully, we can start pushing back on it.

Featured image via The Creative Exchange on Unsplash